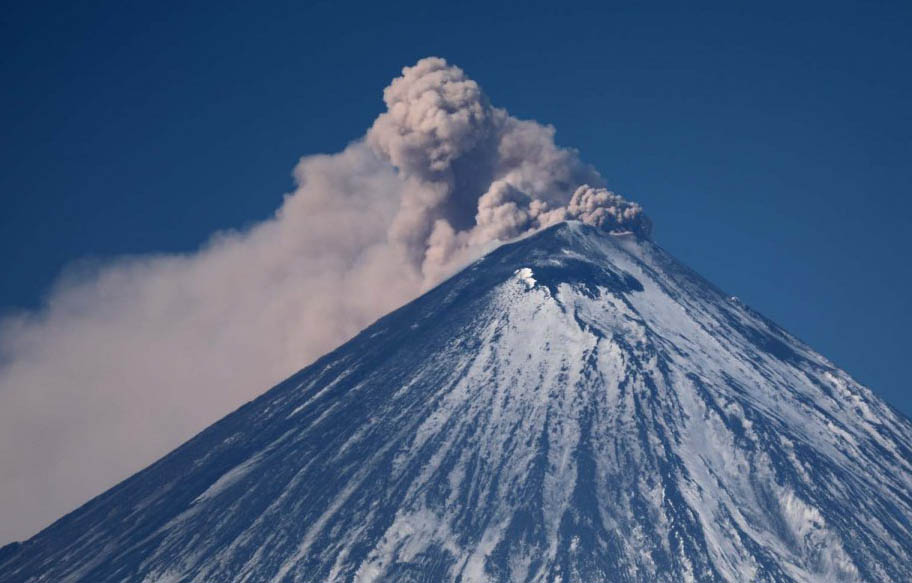 Shiveluch volcano erupting in Kamchatka, threw a column of ash at a height of 6 km above sea level.

“This event in Shiveluche occurred on Wednesday afternoon, according to local time, and the height of ash emission can be judged from seismic data,” the representative of the Russian Academy of Sciences said.

He added that the ash cloud is shifting south-west from the volcano.

As reported, a few hours earlier another Kamchatka volcano – Klyuchevskaya – threw a column of ash at a height of 5 km above sea level.

According to the Ministry of Emergencies, ash falls in the settlements of the region are not registered.

For Shiveluch and Klyuchevsky one of the most threatening is the orange color code of danger for aviation.

The height of Shiveluch is 3 thousand 283 m, the highest point of the active part is 2 thousand 800 m above sea level, the age is 60-70 thousand years. Shiveluch is the northernmost active volcano in Kamchatka. It is also located in the Ust-Kamatsky district – 45 km from the village of Klyuchi. Activity Shiweluch intensified in May 2009. As a result, the dome of the volcano erupted a cleft about 30 m deep.