Two volcanoes on Kamchatka have thrown out ashes columns 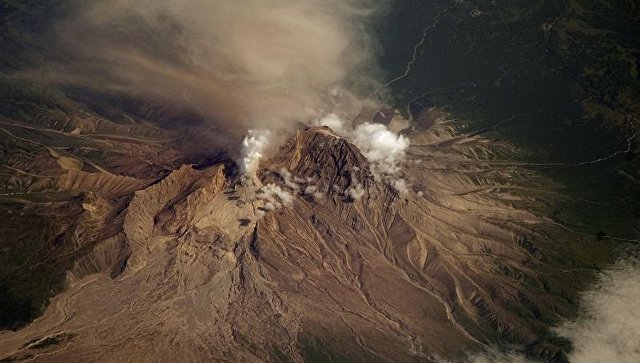 At once on two volcanoes of Kamchatka – Zhupanovsky and Shiveluch — on Sunday ashes emissions have been recorded.
“On a volcano Zhupanovsky has been recorded emission of ashes on height to eight thousand meters above sea level, at the same time height of the volcano makes 2958 meters.

As have specified in the Ministry of Emergency Situations of Russia of Kamchatka Krai, losses of ashes in settlements of the peninsula it isn’t registered.

Vulcan Zhupanovsky is located approximately in 100 kilometers to the north of Petropavlovsk-Kamchatsky. Last time Zhupanovsky was thrown up in March, 2016. All known eruptions of Zhupanovsky of a volcano were rather weak and without catastrophic consequences.

Shiveluch — the most northern active volcano of Kamchatka. He is located approximately in 45 kilometers from the settlement Keys. The volcano is thrown up since spring of 2009, his eruptions, as a rule, have explosive character.