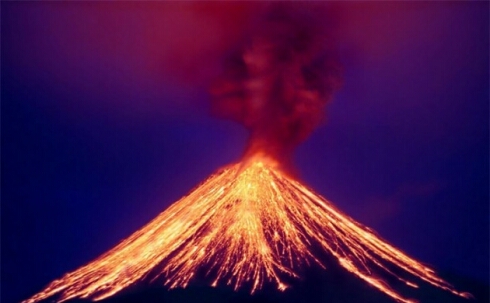 Volcanoes Shiveluch and Klyuchevskoy on the night of Friday threw ash pillars. Two ash emissions occurred on Shiveluch volcano: the first – to a height of 10 km, the second – up to 8 km above sea level. The train is still spreading in the northeast and south-east directions for 34 km.

Also, after a week’s silence, the ash column at an altitude of 6 km above sea level was thrown by the Klyuchevskaya Volcano, the trail stretched for 30 km in the north-west direction. Now on the volcano there is steam-gas activity. A weak ash falls from Shiveluch in the village of Ust-Kamchatsk.

The height of Shiveluch is 3 thousand 283 m, the highest point of the active part is 2 thousand 800 m above sea level, the age is 60-70 thousand years. Shiveluch is the northernmost active volcano in Kamchatka, located 45 km from the village of Klyuchi in the Ust-Kamchatsky district, where about 5 thousand people live. Activity Shiweluch intensified in May 2009. As a result, the dome of the volcano was cut by a crevice depth of about 30 meters.

Klyuchevskaya is an active stratovolcano in the east of Kamchatka, its height is 4.85 thousand meters. It is 360 km from Petropavlovsk-Kamchatsky. Klyuchevskoy is one of the highest active volcanoes in Eurasia. Approximately 45 km from it are located the villages of Klyuchi and Kozyrevsk. The eruption of Kluchevsky began on April 3 last year.