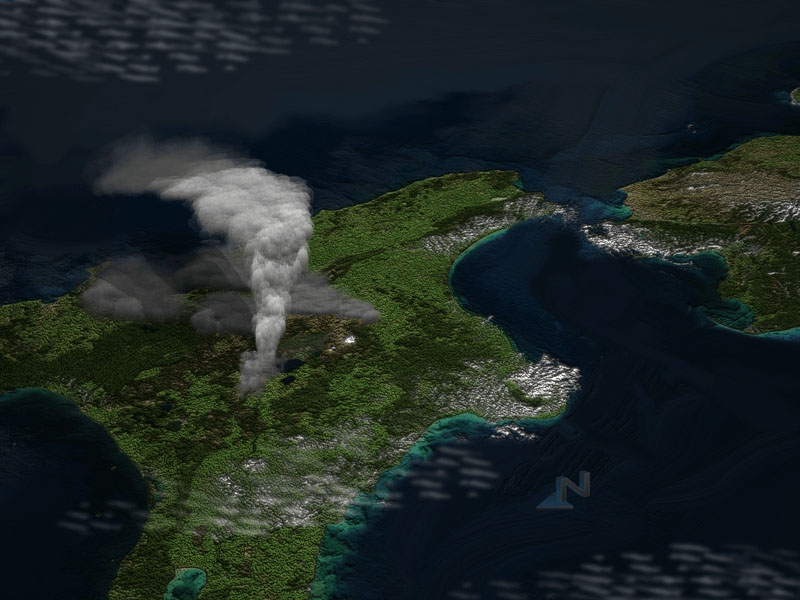 On the North island in New Zealand is a picturesque lake Taupo and its waters hidden under one of the most dangerous volcanoes of the Earth. Its eruption occurred 1800 years ago was the most powerful in the Millennium. A recent study conducted by volcanologist Simon Barker from the University of Auckland, revealed that SUPERVOLCANO Tuapo can go very quickly from a state of calmness in an active phase.

The danger of sudden eruptions of the volcano, has prompted scientists to start preparing for this event and to draw up a possible scenario of disaster. It is important to predict the spread of ash clouds and how they affect New Zealand.

The authorities have allocated to conduct research 60 thousand dollars. 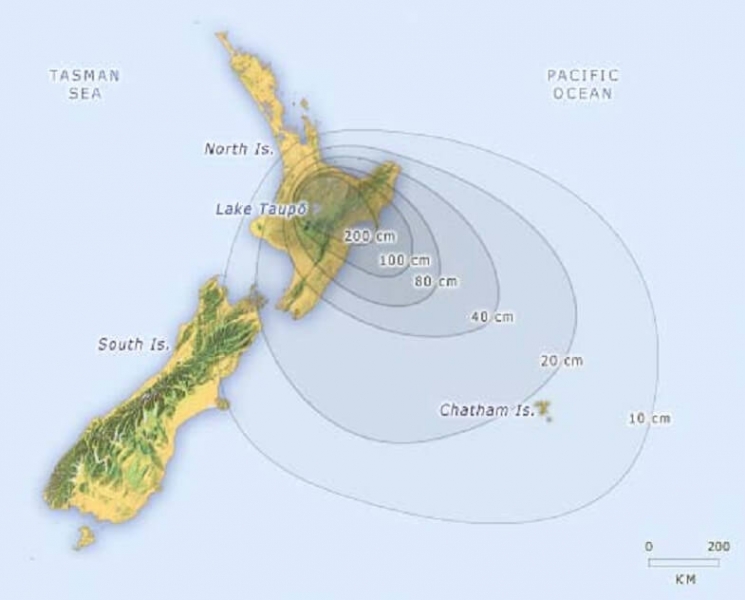 Model the spread of ash during the eruption Oruanui

According to calculations by volcanologists, the eruption of the atmosphere will be thrown 1170 km3 of magmatic material that will be covered with a layer of ash thickness up to 200 cm in the Central part of the North island, and the lava flows completely change the existing landscape.

Researchers believe that one possible reason for activation of the volcano, may be the increase in volcanic and seismic activity in the Pacific ring of fire.

Scientists will closely monitor the volcano, because before Taupo explodes, its Caldera will rise and will start the deformation of the earth’s surface, earthquakes will occur a thousand times a day. However, scientists warn that even the best monitoring system will not be able with certainty to tell when the volcano will explode.