Typhoon Chaba is coming to Japan 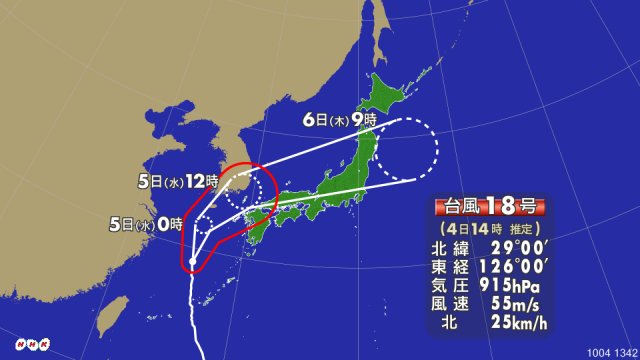 According to Meteorological management of Japan, now a tropical storm located to the Northwest of the island of Kyushu. The wind speed in the Central part reaches 40 meters per second and gusts up to 60 meters per second. In some South-Western prefectures during the day can fall up to 200 mm of rain.

Primarily relate to the cancellation of routes in the South and South-West of the country.

Last Monday due to Typhoon Chaba power of the southern Prefecture of Okinawa were forced to close the main local airport in the city of Naha, which cancelled about 300 flights.