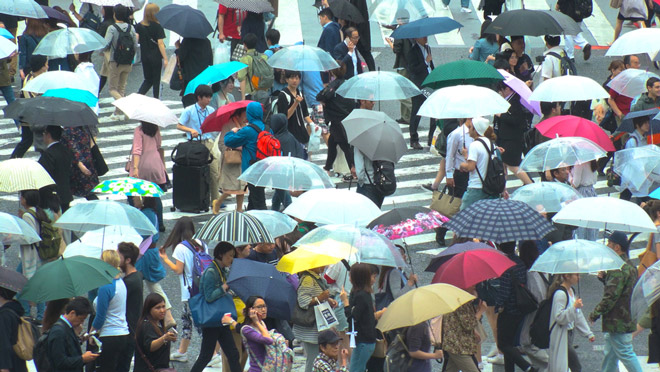 Hundreds of islanders in the south-west of Japan received an order for evacuation due to the typhoon “Gaemi”. For two days on Okinawa fell 500 mm rain – this happens every 50 years.

The Japanese Meteorological Agency reports that on Saturday afternoon the “Gaymi” center was located above the city of Naha on the main island of Okinawa and was heading east-northeast at a speed of 30 km / h. The maximum speed of typhoon winds is 20 m / s, the speed of gusts is up to 30 m / s.

The radar data show that “Gaemi” spilled 400-500 mm of rain on the islands of Idzen and Ihei. The mayor of the village of Izen announced an evacuation for almost 500 farms.

In Kunigame, a village in the north of the island of Okinawa, 534 mm of precipitation fell.

The Meteorological Agency predicts that torrential rains will continue on the island of Okinawa and the neighboring Amami island in Kagoshima Prefecture. The risk of landslides and floods is great.

“Gaemi” – the sixth typhoon, formed in the current season.