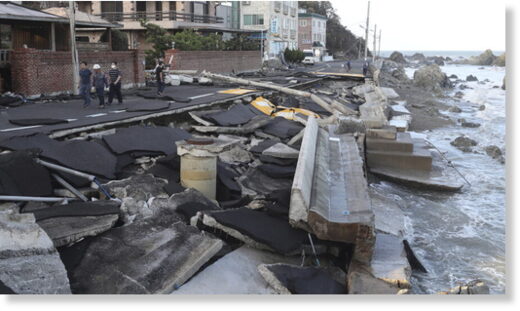 According to the Ministry of Internal Affairs and Security, at least five people were injured, including one in Busan who sustained minor injuries after a vehicle overturned in high winds.

In South Korea, at least two people have gone missing – one after being carried away by water in a drainage channel at a limestone mine in the eastern city of Samcheok, and another while trying to cross a small river with a tractor in the southeastern city of Uljin.

At least 110 houses were destroyed or flooded, and vehicles struggled to negotiate flooded roads in Ulsan and other coastal cities such as Busan, Sokcho and Gangneung.

The hurricane also destroyed about 80 fishing vessels and caused the automatic shutdown of generating turbines at two nuclear reactors in the southeastern city of Gyeongju. No radioactive material leaks were found.