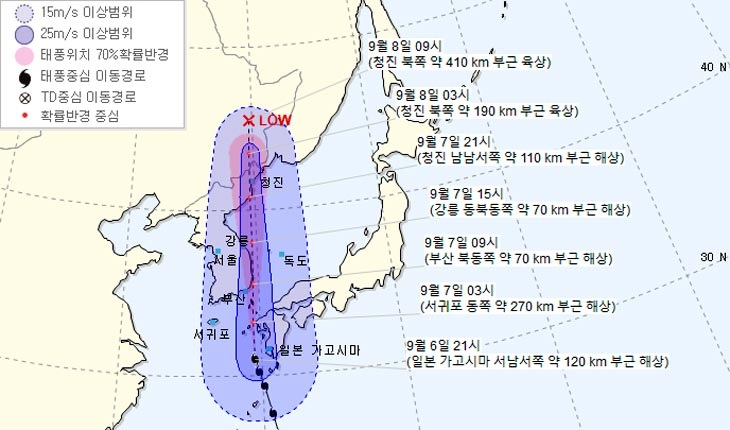 52 people were injured in southwestern Japan as a result of the impact of the powerful typhoon Haishen, which hit the country last night. This was announced on Monday by the Kyodo agency.

Heavy rains, which brought with it a tropical storm, caused landslides in Miyazaki Prefecture. As a result, one house in a mountainous area was destroyed. Four people who were there, including two Vietnamese citizens, are reported missing.

Due to the breaks of power lines on the southwestern island of Kyushu, about 350 thousand houses are now without electricity. Nearly 100 thousand power supplies were restored during the morning. Evacuation guidelines or directives continue to apply to a number of areas with an estimated 4.5 million inhabitants.

Typhoon Haishen is currently moving from Japan towards the Korean Peninsula at a speed of 11 m / s. The wind speed at the epicenter reaches 60 m / s. Due to the storm in southwest Japan, more than 200 mm of precipitation may fall on Monday. Haishen also influenced the weather in other regions of the country: in Tokyo, strong winds blow in the morning and it rains periodically.

Prime Minister Shinzo Abe on Sunday held an emergency meeting of the government, at which he ordered to do everything necessary to protect the local population. There is a crisis headquarters under the prime minister’s office that coordinates the activities of the relevant ministries and departments involved in preventing damage from the typhoon.