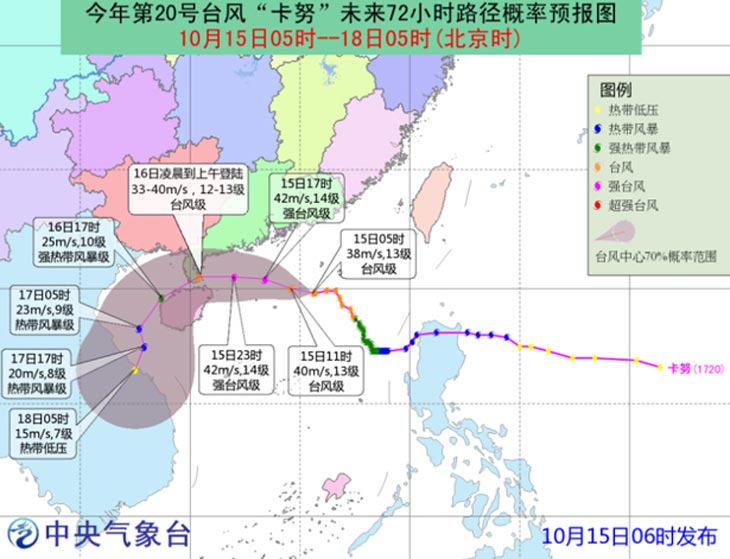 On Monday morning, October 16, the southern Chinese province of Guangdong was hit by the typhoon Hanoun, which was already the twentieth in this year. This was reported by the National Meteorological Bureau.

As specified, “Hanun” hit the city of Zhanjiang at 3:25 local time on Monday (22:25 Moscow time on Sunday). At that moment, the wind speed at the epicenter of the typhoon reached 28 meters per second. Weakening, the typhoon moves south-westward. Currently, the wind speed is about 15 kilometers per hour.

According to forecasts of weather forecasters, by noon the typhoon will collapse on the northern coast of Hainan Island, after which it will finally weaken. “Hanun” brings with it heavy rains in a number of provinces in the east and south of the country. Heavy rains and thunderstorms are expected in the provinces of Zhejiang and Guangdong, in Shanghai and in the Guangxi Zhuang Autonomous Region.

Almost 37 thousand people were evacuated from potentially dangerous areas. The authorities recommend that residents of coastal areas do not leave the premises, keep away from windows and glass doors, avoid being in areas with high danger of mudflow and flooding. All ships were recommended to return to the ports and take refuge.