Typhoon “Hanun” swept over the south of China 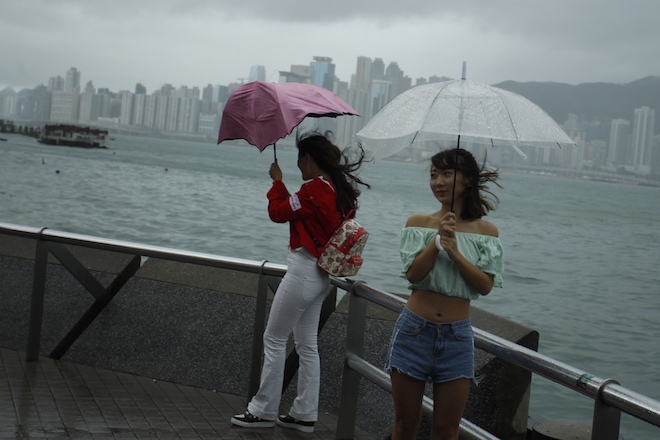 The typhoon “Hanun” hit the Chinese province of Guangdong. The Chinese authorities evacuated 370,000 people from the disaster zone.

A storm warning was spread in the south and east of China. The tropical storm paralyzed the airport in the special administrative area of ​​Hong Kong, where it was necessary to detain almost 500 flights and cancel more than 70. The cities of Jiangyen, Maoming, Zhanjiang and Yangjiang suffered the most, tourist complexes were closed, 38,000 tourists left the resort. And on the island of Hainan because of heavy rains and wind closed schools, stopped the movement of high-speed trains and ferry communication. The wind speed in Guangdong Province reached 28 meters per second. The elements for Monday continued to shift to the south-west, moving along the coastal areas of the island of Hainan. In addition, torrential rains and a stormy wind are observed in Shanghai.

At the moment it is known that during the typhoon 22 people were injured. Meteorologists predict that the storm will weaken as the storm moves.