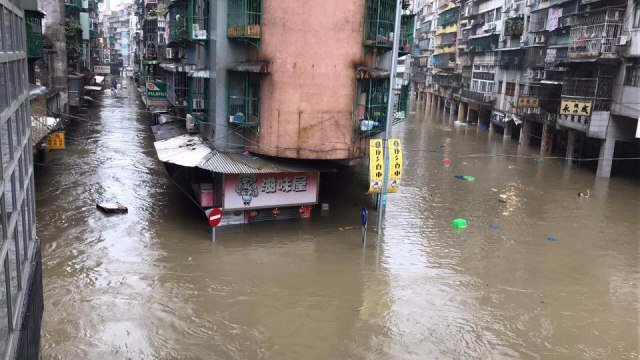 In southern China, the typhoon that hit the region “Hato” claimed the lives of 12 people, more than 270 were injured of varying severity. The largest number of victims and victims was registered in Macau, where 8 people were killed and 153 were hospitalized.

The typhoon caused serious violations of the transport system throughout the south of the country: traffic on several high-speed rail lines was stopped, the airport of Zhuhai canceled 247 domestic and international flights, the Shenzhen airport – 298 flights. Stronger than the rest, the typhoon impacted Hong Kong’s air haven: 365 flights were canceled there.

Powerful downpours and gusts led to the collapse of buildings, the fall of trees, the breaking of communication lines and power lines. Strong waves damaged the bridges and structures of seaports in Hong Kong and Shenzhen.

As the typhoon moved deeper into the country and weakened it, the signals of storm danger were abolished. According to preliminary estimates, in Hong Kong direct material damage from the impact of the typhoon “Hato” amounted to more than a billion dollars.