Typhoon “Jondary” in Japan left thousands of houses without light 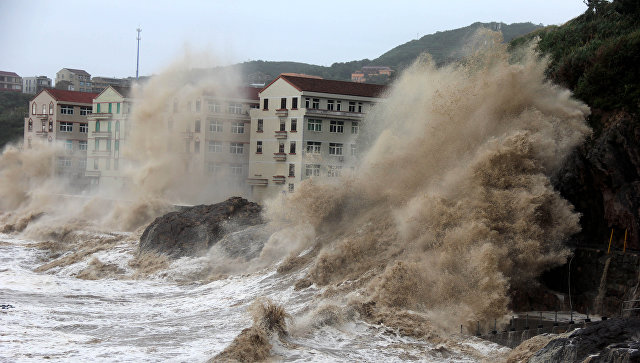 The typhoon “Jondari” in the west of Japan reached on Sunday the areas recently affected by landslides and floods, at least 16 people received varying degrees of injury, thousands of residents were evacuated to shelters, tens of thousands of homes were left without electricity.

According to the NHK television channel, people were injured either on the street from a strong wind, or inside buildings from broken window panes. In Kyoto, due to strong winds, the fire spread to 12 buildings. In one of the buildings the body of an 85-year-old woman was found.

It is also reported that on the island of Miyake, a 59-year-old man suffered a minor injury when a gust of wind turned his car over.

In Shizuoka Prefecture, the waves broke through the hotel wall, and in Mie Prefecture in a large hotel, windows were found in a restaurant overlooking the sea.

Due to bad weather, about 160 domestic flights were canceled, train delays were recorded. Without electricity in the prefecture of Mie remained 78.3 thousand homes, Aichi – 40.8 thousand, in Shizuoka – 17 thousand.

According to the weather service, in the area of ​​the typhoon falls to 120 millimeters of precipitation per hour. The pressure in the center of the cyclone is 990 hectopascals. The wind speed reaches 23 meters per second, with gusts reaching up to 35 meters per second, but the strength of the typhoon weakens compared to the previous day.

Local authorities warn residents about the danger of new landslides. Earlier in July in the west of Japan from the landslides and floods killed 219 people, 11 more are still missing.