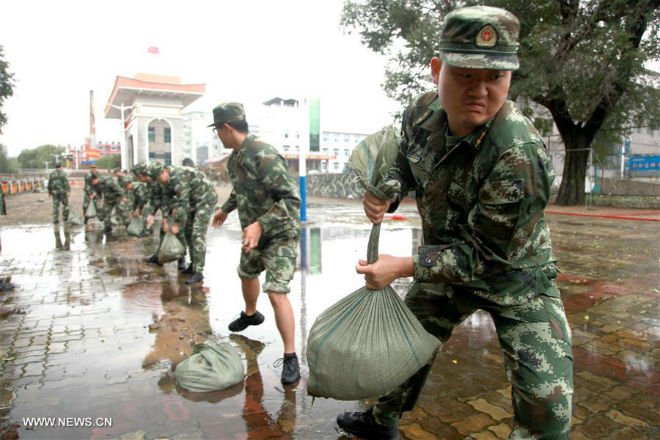 Continuous rains that brought Typhoon “Lionrock” has caused serious flooding and disrupt the normal rhythm of life of the inhabitants of northeast China’s Jilin province.

As a result of intensive precipitation, the water level in the river Tumentszyan in the Yanbian Autonomous region reached a record high in the entire history of observations. In the region were closed to all industrial and mining enterprises, schools, and tourist places. The flood involved more than 3.5 thousand rescuers.

According to China News Service, as a result of the difficult weather conditions caused by a Typhoon in Jilin province have affected more than 71 thousand people. Their homes were forced to leave 44,5 thousand.