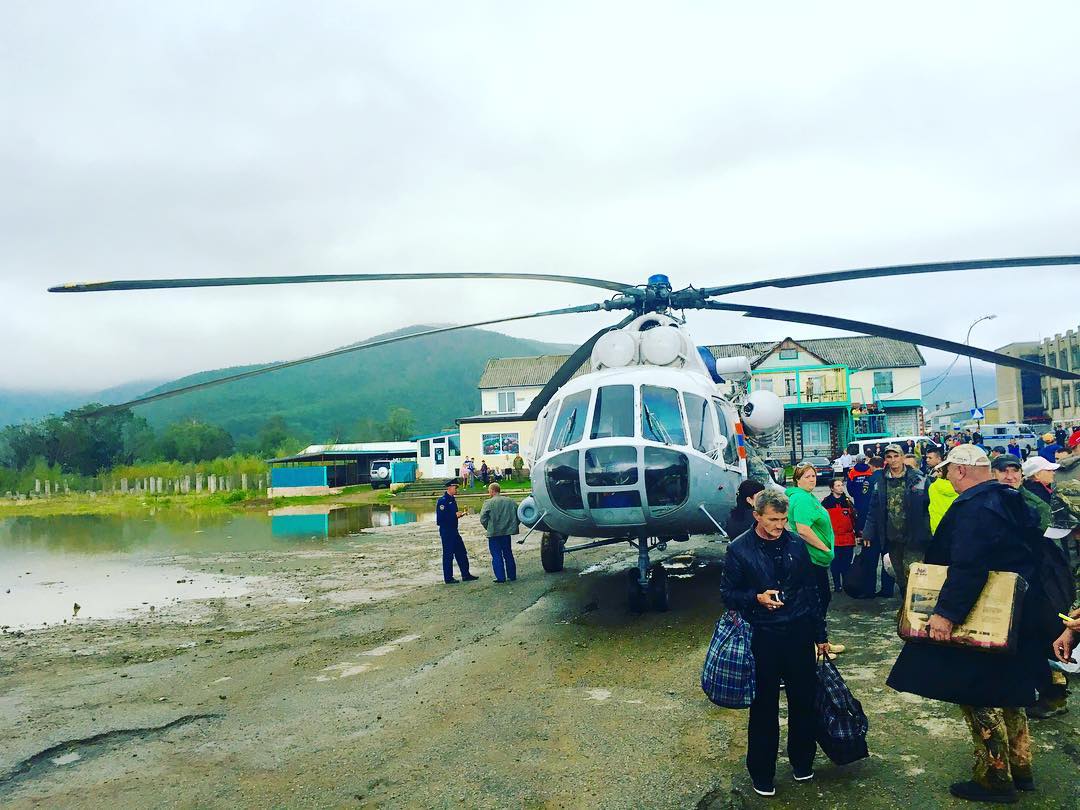 A new wave of floods is expected in the coming days in Primorsky region: weather forecasters again expect a record of precipitation, which will bring a new Typhoon. The first Typhoon Lionrock has already caused the edge of the major damage for decades. The amount, according to the administration, exceeded one billion rubles. MOE reported on strengthening the group of five thousand rescuers. The improvement is expected only in the middle of next week.

On Saturday in Vladivostok has passed meeting of the working group of the government Commission. The chief of seaside management of hydrometeorological centre Boris Kubay warned that soon the affected areas will flood again: the Wave of precipitation is expected tonight. In the near future can fall up to 100 mm in the entire region.

In Primorye move the second powerful Typhoon Namtheun, which formed on the South of the sea of Japan.

Meanwhile, the damage has already been caused by flooding the Primorsky territory is estimated at 1 billion 200 thousand rubles. About this at the meeting of the working group reported to the Vice-Governor of Primorsky Krai Alexander Moose.

In the MOE reported that the total group on liquidation of consequences of flooding in the Primorsky territory increased for the day almost five thousand people. According to Saturday morning, emergency rescue and other urgent works involved grouping of more than 18880 man and 1180 units of equipment, including 10 aircraft and 146 boats, reported the press service of the Ministry.

Typhoon Lionrock struck Primorye after a powerful cyclone, which brought torrential rains from 29 to 31 August. The region has already had a three-month norm of precipitation. Without light remain about 12 thousand people. Interrupted traffic between 17 villages. In the region because of the floods declared a state of emergency at the Federal level.

The consequences of the Typhoon Lionrock has already become the most destructive for Primorye over the last 40 years, said Anatoly Baskakov, the head of Chuguevsky district, the most affected by the accident. Destruction twice the volume impact of Typhoon Judy struck the region in 1989.

I live here 40 years. The great flood was after Judy in 1989. The current flooding has caused two times more damage than Judy. This is reflected in the amount of water that flooded the house under the roof, the Windows, demolished the property, equipment, machinery. Such flows are huge: we have 4% of the territory of the mountain, and it flies into the valley where the villages. In the village of Yasna exceeding the critical mark of 2 meters, ” he said.

According to him, the main task of the authorities is the delivery of products in cut off villages, the export of people, primarily the sick and women in childbirth. Today, the Board took the woman from the village, delivered humanitarian aid from the city of Arseniev in five villages cut off. Now Mi-8 from Artem was lucky in a number of villages products, mainly bread – take a thousand rolls on Board – said Baskakov.

Another helicopter preparing for a rescue operation. People in the forest before the darkness appeared. There are three groups of people – they either take away, or throw food, ” the official said.

The biggest problem with water, he says. But bottled water is on humanitarian assistance. Half of the cargo the helicopter is water – stressed.

The head EMERCOM of Russia Vladimir Puchkov instructed to free recover lost documents to residents affected by the flood districts of Primorye. Anyone who lost documents – passports, birth certificates and other documents, they need to restore free and free. This applies to all services, – said Puchkov.

The Minister instructed the heads of municipalities to organise this work and help people. No problems with it. Will think through and organize the reception of citizens in the municipal administrations. All professionals need to be on the ground. Think everything through to the smallest detail so people are not running up to the photographer, ” he said.