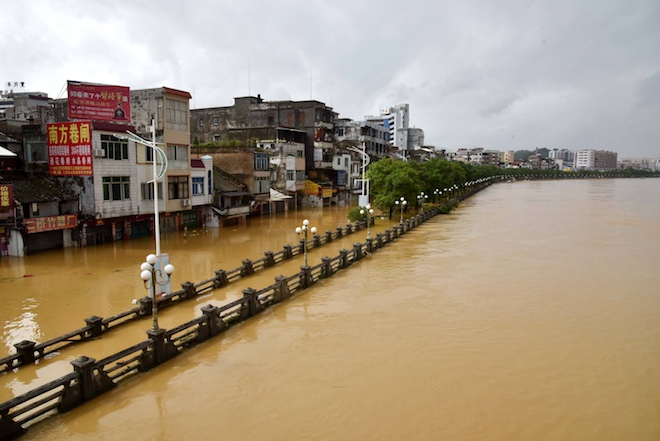 The typhoon “Manghut,” which hit the weekend in southern China, has become the strongest in the region in recent decades. According to the Ministry of Emergency Situations of the PRC, the economic damage to the country is estimated at 5.2 billion yuan ($ 764 million).

As a result of the impact of the elements, five people were killed, another one is missing. More than 1.6 million residents were evacuated. The southernmost province of Guangdong suffered the most from the typhoon. Part of the blow took over the provinces of Hainan, Hunan, Guizhou and Guangxi Zhuang Autonomous Region.

When Manghut reached the shores of China, gusts of a storm wind in the center of the funnel reached 162 km / h. It was destroyed 1,2 thousand residential buildings, damaged about 800. Serious damage to agricultural crops on an area of ​​more than 174 thousand hectares.

Currently, work is underway to eliminate the consequences.