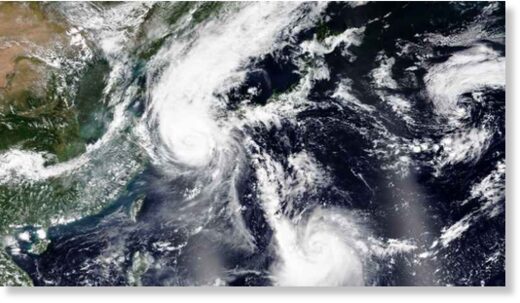 South Korea is recovering after a powerful blow from Typhoon Maysak. A powerful typhoon swept across the southern and eastern coasts of South Korea with winds breaking trees and torrential rains, shutting off electricity to thousands of homes and causing a lot of destruction.

More than 2,200 South Koreans fled their homes in the storm, which demolished dozens of trees, poles and lampposts, ripped off signs, and damaged or flooded dozens of homes and vehicles.

A woman in the southern city of Busan died from being wounded by a shard of window glass.

Four nuclear reactors near Busan have automatically shut down due to power problems, but no radioactive material leaks have been found, the South Korean Interior and Security Ministry said.

As of Thursday morning, officials were able to restore electricity in about one third of the 121,949 homes that lost electricity. The blackouts were mainly in the southern regions of the mainland, including Busan and the southern resort island of Jeju.