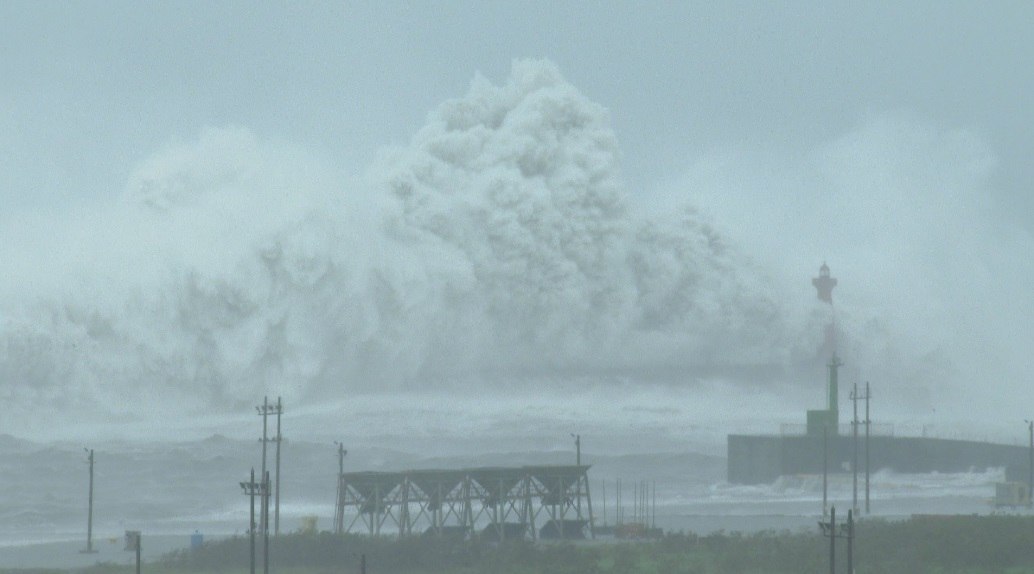 Typhoon “Megi” hit Hualien County in Eastern Taiwan on Tuesday. Especially strong winds and rains occur in the Northern and Eastern parts of Taiwan. Reaching Taiwan, the Typhoon has intensified to a category 4 hazard.

The wind speed in the epicenter is up to 217 km/h ( 60 m/c), with gusts to 257 km/h ( 70 m/s). Due to the bad weather at least 100 people were injured, mostly it was the pedestrians who suffered from falling trees, signs, and parts of other structures during the squalls, one person was killed.

More than 3 million homes were left without electricity as a result of the impact of the Typhoon. The number of power outages in homes continues to grow.

More than 8 thousand people were evacuated from vulnerable to natural disaster areas. As expected, the storm wreaked havoc on the transport of the country. Disrupted flights at the two major airports in Northern Taiwan — international air harbors Taoyuan and Taipei Songshan.

Rail transportation is also suspended with the rare exception of suburban trains. In Taipei, capital of Taiwan, disrupted the movement of buses, but continues to operate underground.