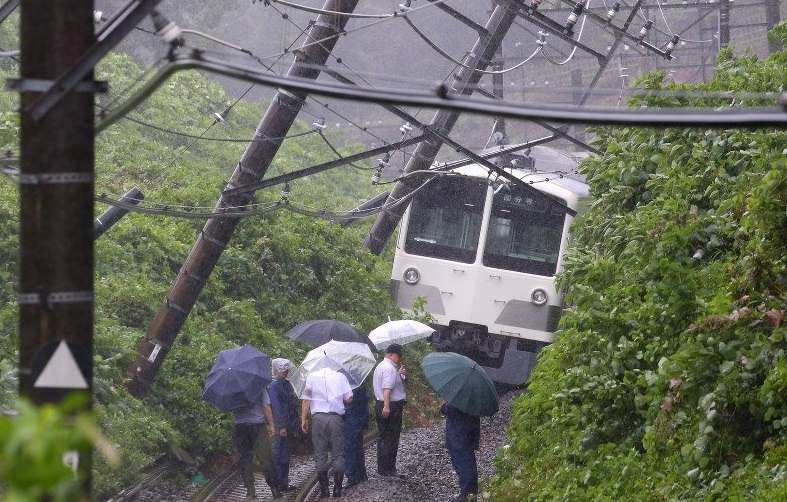 Typhoon “Mindulle” caused injured 30 people in Tokyo, he also paralyzed rail and air transport due to heavy rains and winds of up to 180 kilometers per hour.

Typhoon “landed” in the southern Japanese Prefecture of Chiba, where he had left nearly 85 million homes without electricity, at least 15 people were injured. Local residents were injured in the prefectures of Tokyo, Kanagawa, Shizuoka, Gunma and Ibaraki. More than 500 domestic and international flights cancelled in the air gates at Haneda and Narita. Also suspended more than a hundred Express trains scheduled for today in the capital region.

The Japan meteorological Agency has advised people not to leave their homes, if possible, to warn of the danger of approaching the coast and river banks. The Agency issued a “red” warning of rain in 14 prefectures in the East, in the Central and North-East of the country, including Tokyo, Kanagawa, Saitama and Chiba, where about 36 million people.

Yesterday Japan was struck by the Typhoon “Compass” and claimed the life of one person, while Typhoon “Lionrock approaching the South-East of the country.