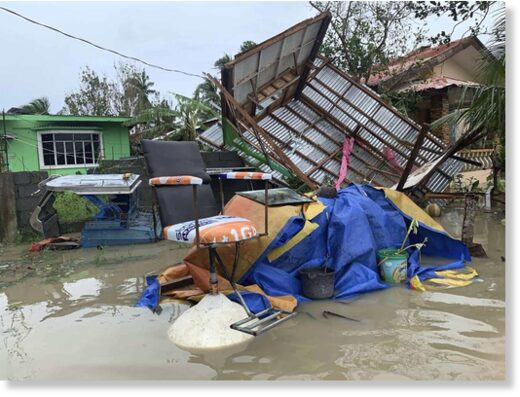 A rapidly spreading typhoon swept over the Philippines on Monday, forcing thousands of residents to flee to safety and flooding rural villages, according to disaster response officials.

Among the 13 people who went missing during Typhoon Molave ​​were a dozen fishermen who ventured out to sea on the weekend despite being banned from sailing due to the intense seas. There were no casualties reported.

The typhoon went west towards the South China Sea with sustained winds of 125 km per hour and gusts of up to 150 km / h. It swept overnight through the island provinces south of the capital Manila.

According to the Civil Defense Department, at least 25,000 residents have been displaced, with about 20,000 hiding in schools and government buildings that have been converted into evacuation centers.