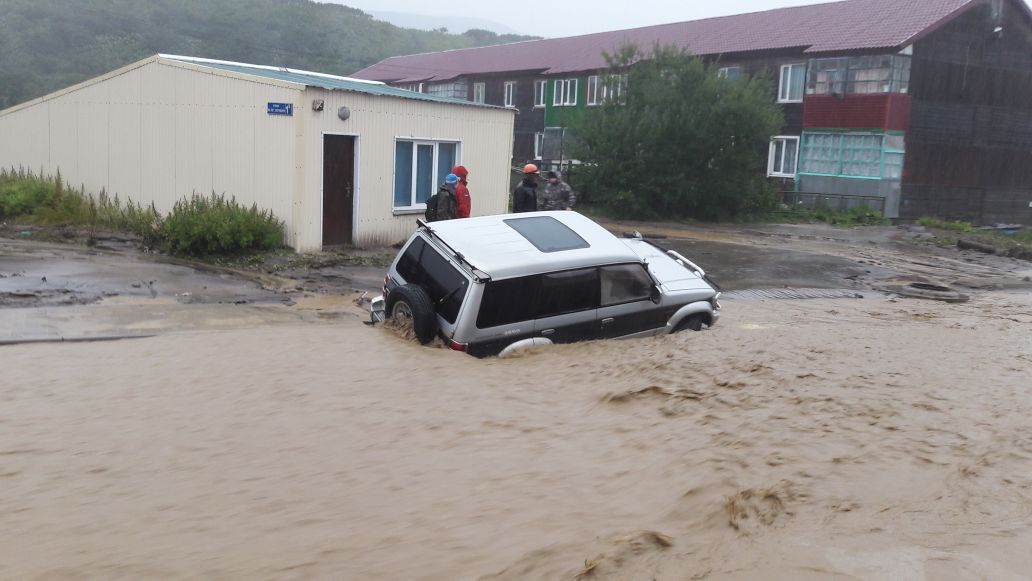 Rescuers and operational services eliminate the consequences of the cyclone in the North Kurilsk of the Sakhalin Oblast, where school classes were canceled due to bad weather.

This was reported in the Main Directorate of the Ministry of Emergency Situations in the Sakhalin region.

“In Severo-Kurilsk, as a result of a complex of unfavorable meteorological phenomena in the form of heavy rain and wind up to 25 m / s, with gusts up to 33 m / s, three multi-apartment wooden houses were flooded: now the water has come down, pumping water from the basement” .

There are 39 people living in these houses, all of them refused to evacuate.
According to the information of the Ministry of Emergency Situations, two sections of the highway in the city are raining, movement is unlimited, three wooden bridges outside populated areas are damaged, they lead to tourist routes. In the wind, the roofs of two pumping stations have been damaged in a total area of ​​80 square meters. m. 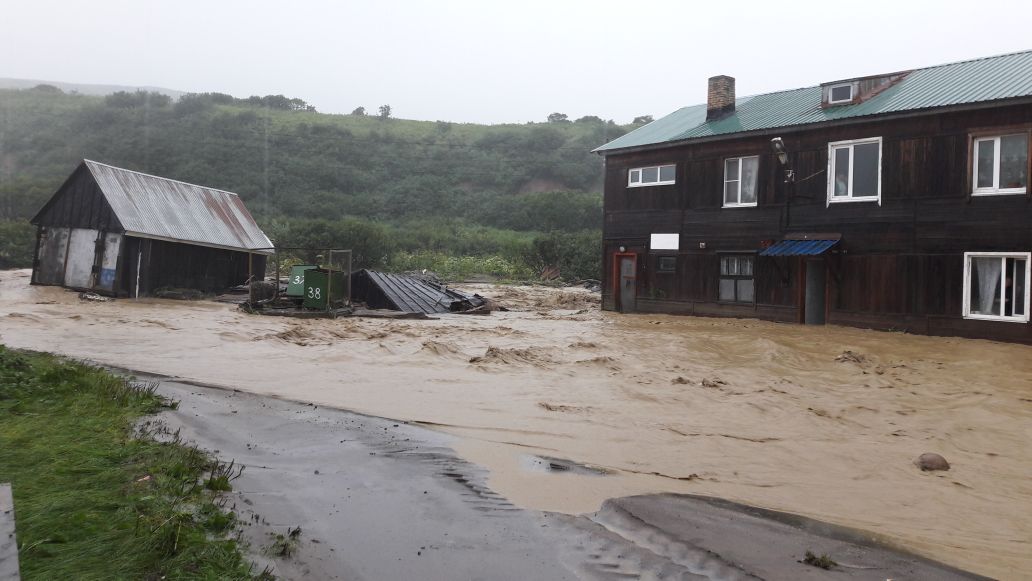 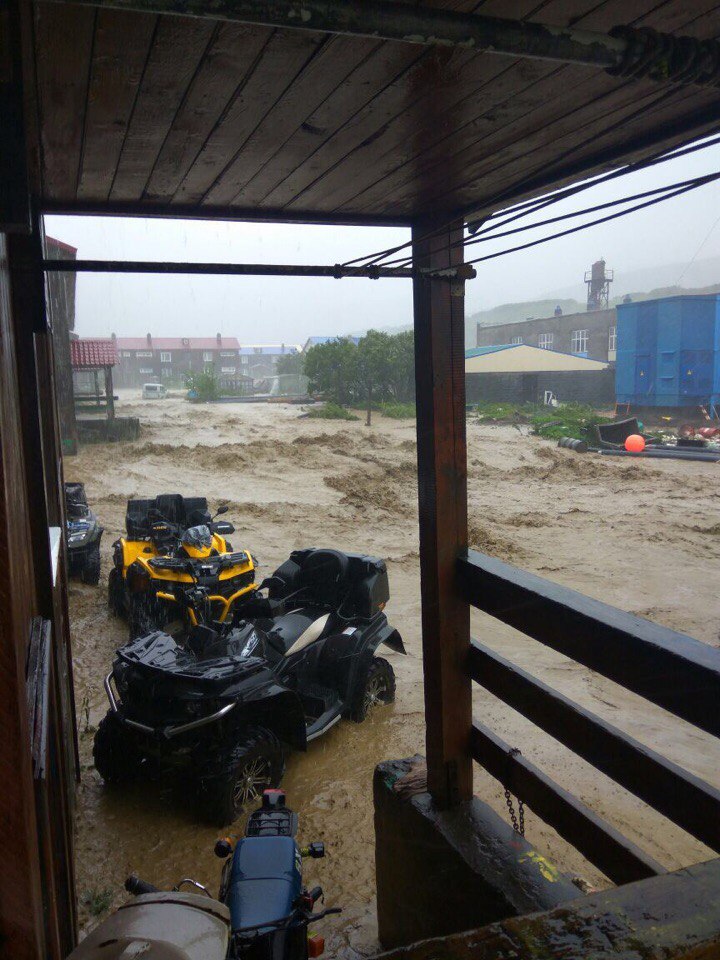 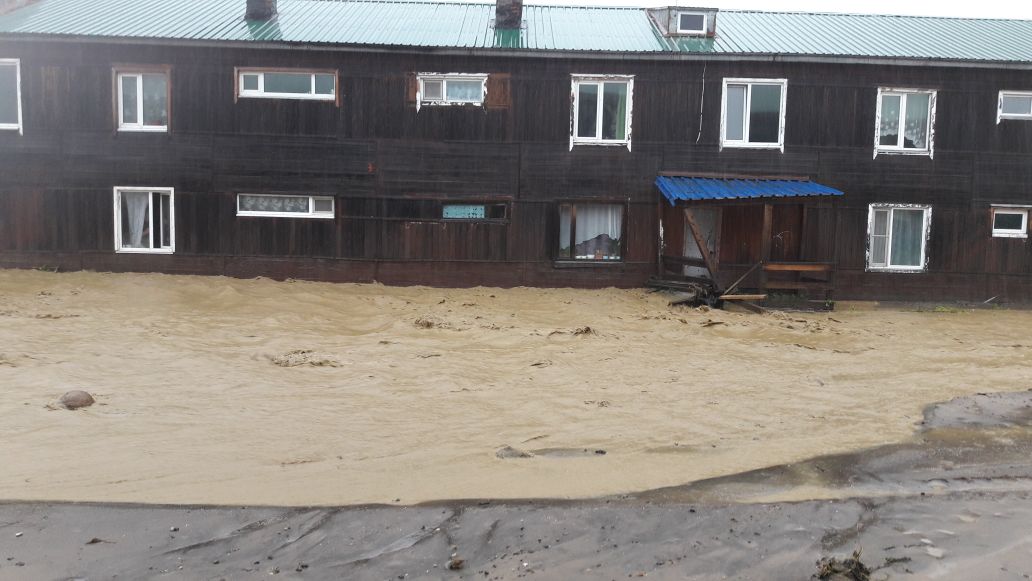 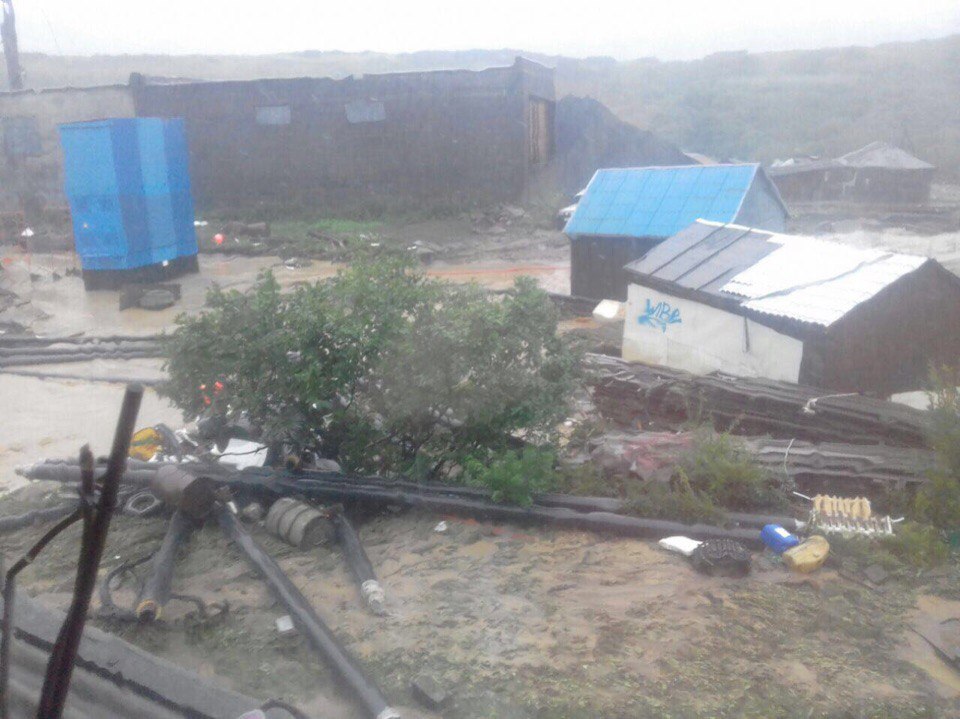 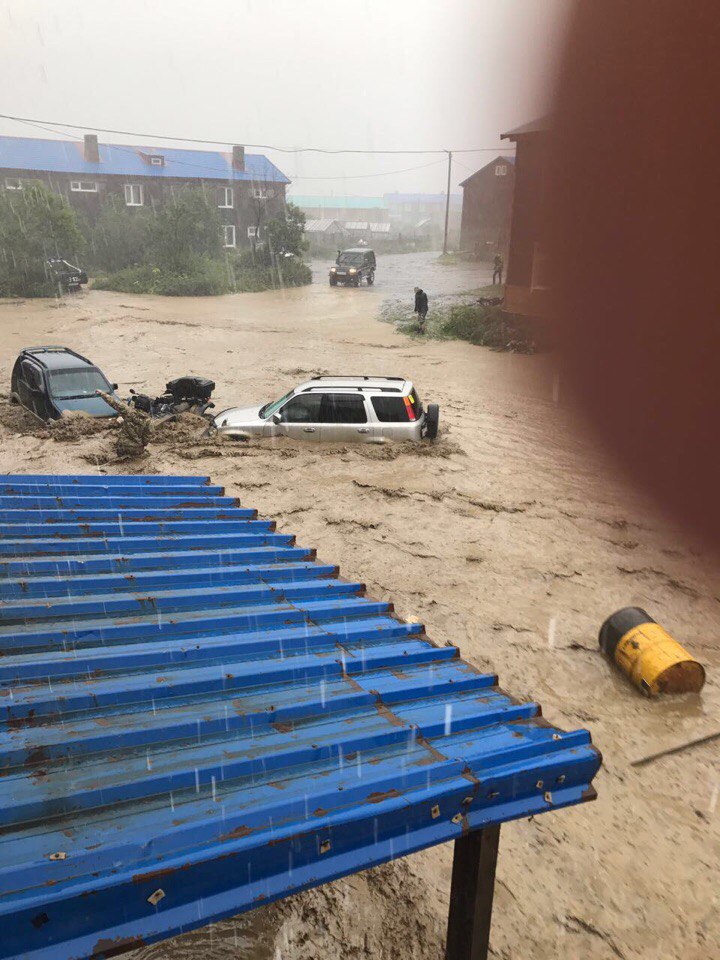 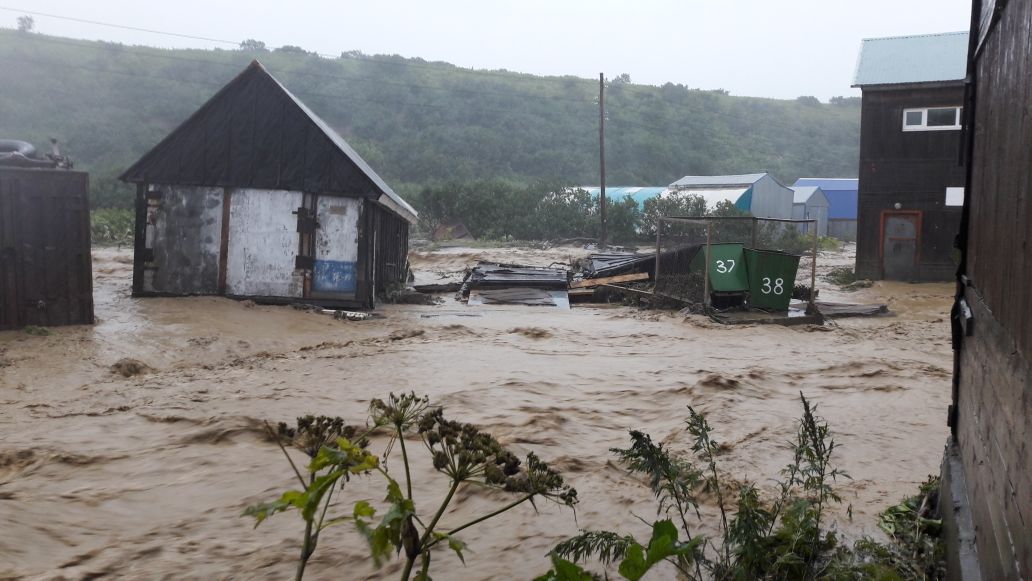 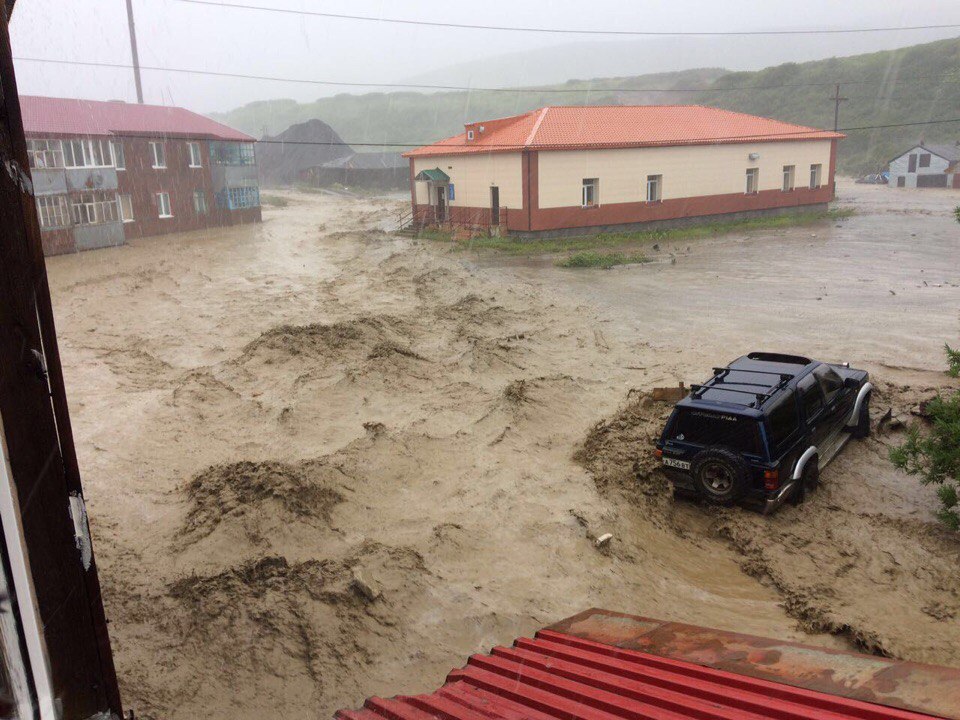 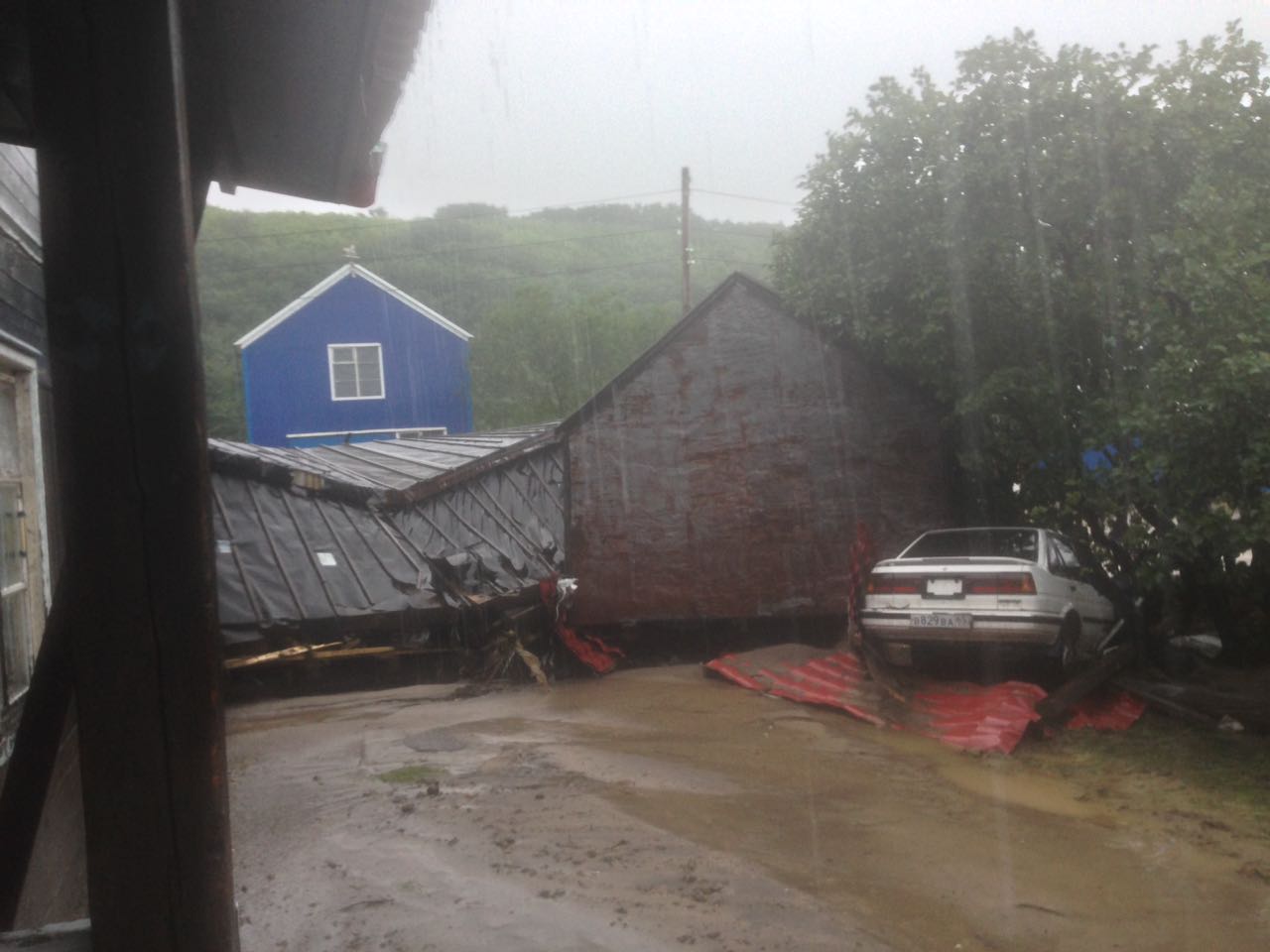 “According to preliminary data, there are no casualties, no groups of tourists have been registered in the North Kurilsk region.” Preventive purposes canceled classes in educational institutions. ”

As the eyewitnesses of the incident told, at the peak hours of the element the water level in the city streets reached 1 meter. A stormy stream of water washed away farm buildings, large and small objects, cars – everything that fell in his way. Blurred were the roads, the streets of the city. Many cars are flooded with water.

According to local residents, the reason for the accident is that under the hill there was an old (still Japanese or Soviet) water intake. Nobody used it, but nobody planned to liquidate it.

“The village came down, the water intake was hit, it broke, and as a result, water poured into the streets of the village.” The roads were flooded, “residents of North Kurilsk say.

According to the Kuril residents, at present the water is coming down, but many houses are still flooded. In addition, the water went to the house. The reason is unblocked holes in the foundation during construction.