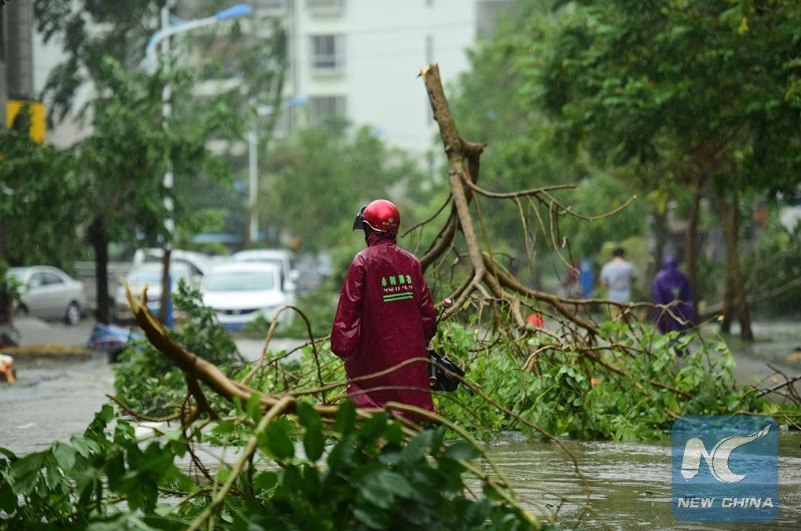 Typhoon “Sarika” unleashed heavy rains and powerful winds to southern China. As the result of violence of elements in the provinces of Hainan and Guangdong on Tuesday was fallen trees, damaged buildings and flooded farmland.

In Hainan province were evacuated nearly half a million people, including fishermen and residents in low-lying areas. First, under the impact of the disaster on Tuesday morning hit the town of Wanning. The maximum wind speed reached 45 m/s.

Powerful rains flooded the administrative center of Hainan province Hainan. In the Central part of the city the level of flooding has reached one meter. In connection with the arrival of the Typhoon were closed schools, kindergartens and many shops. Suspended the movement of buses.

From the inclement weather also affected neighboring Guangdong province. Off the coast the waves reached four – and six-meter height. Heavy rains caused flooding in places. As a result of strong winds and heavy rains had damaged banana plantations. According to the forecasts of meteorologists, on Wednesday, the severe weather conditions expected in the Guangxi Zhuang Autonomous region.