Typhoon “Simaron” in Japan left without electricity about 140 thousand houses 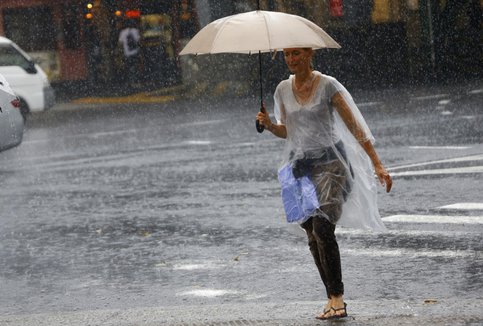 In the west of Japan because of the typhoon “Simaron” 12 people were injured. Currently, “Simaron” is moving along the Sea of ​​Japan towards the northern island of Hokkaido, Kyodo news agency reported.

The impact of the elements left 138,000 homes without electricity. Sixty domestic flights were canceled in the prefectures of Osaka and Aichi.

Contrary to the forecasts about the weakening of the typhoon’s strength by the evening and its transformation into an extratropical cyclone, the National Meteorological Administration of Japan notes that torrential rains will continue. They talk about the continuing threat of landslides.

In the administration of Japanese Prime Minister Shinzo Abe, a crisis headquarters is working. He is engaged in coordinating the work of all relevant departments and services involved in dealing with the effects of the impact of the elements in order to prevent human casualties.

The Japanese government was called upon especially to monitor areas where floods and landslides are possible due to heavy rains.

Over the past two months, several typhoons have hit Japan. In early July, as a result of the severe storm “Prapirun” in the west of the country, more than 220 people were killed.