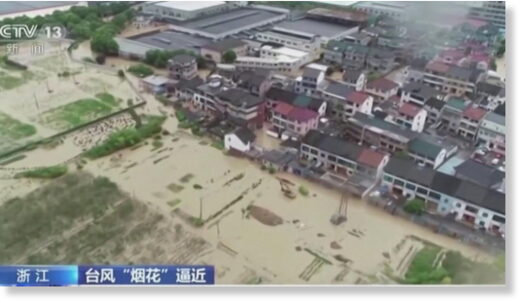 The storm hit central China, which is still experiencing record flooding that killed at least 58 people, cut off electricity and forced the relocation of more than 1 million people.

“We will make every effort to ensure the safety of people’s lives and property, do everything to minimize losses from the disaster, and strive to achieve the goal of no deaths, no injuries and no economic losses,” Yuan Jiajun, secretary of the Zhejiang Provincial Communist Party, said during an inspection of preparations Saturday, according to official media reports.