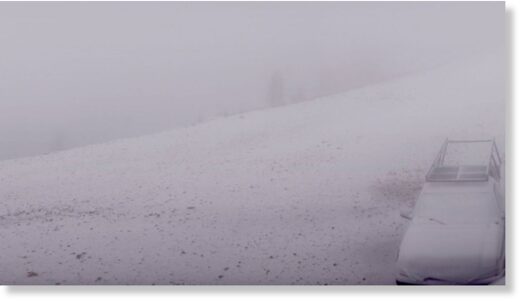 Snowbird Resort, located in Little Cottonwood Canyon, posted photos Thursday morning of snowfall – especially rare for August – as a result of a cold front passing through Utah this week.

The storm, which brought lots of rain, has cooled temperatures significantly across the state during the hot summer. Utah recorded record low temperatures Thursday, including 51 degrees in Bullfrog, near Lake Powell, which broke a record low of 13 degrees set in 1972.

Rainfall records are being recorded across Utah

Many Utah communities are still working to deal with the flooding that occurred Tuesday and Wednesday.

As of noon Thursday, the weather service had issued just two flood warnings and advisories. A warning was issued in the Altona area of Duchesne County, and a recommendation was issued in the Delta area, which received a record 4.39 inches of rainfall Tuesday and Wednesday evening alone. A flash flood warning is in effect through Thursday evening in southeastern Utah, including Arches National Park, Moab and Monticello.

The National Weather Service said all sorts of daily rainfall records were broken Wednesday, with some already broken Thursday. In Deseret, Millard County, 5.43 inches of rain fell Wednesday, 3.43 inches more than the previous all-time one-day record. The old record was set in February 1915, according to the weather service.

New Harmony in Washington County received 4.43 inches of rainfall Wednesday, breaking the previous daily record of 1.38 inches set in 1983. On Thursday, the weather service said another 2.25 inches fell in the city. That broke another daily record. Bryce Canyon National Park broke its August 18 record with 1.81 inches on Wednesday; and with 1.70 inches of precipitation as of 10 a.m. Thursday, it also broke the August 19 record.