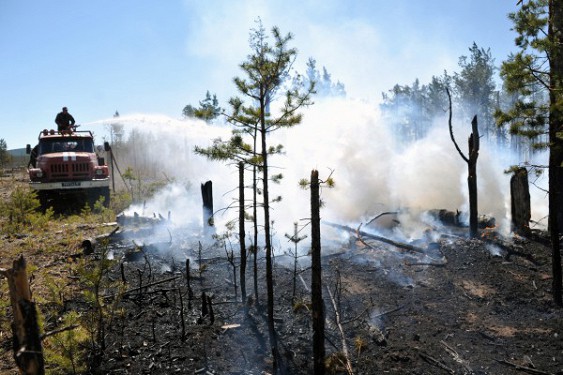 The capital of Buryatia — Ulan-Ude — covered by smoke from forest fires. As have informed in the Republican Agency of a forestry (RALH), smoke due to fire in Pribaikalsky district of the Republic.

“On the morning of may 18 in Buryatia registered 28 active fires on a total area of about 18 thousand hectares,” — said the Agency. Fire outbreaks have in the Barguzin, bauntovskiy, eravninskiy, Kizhinginsky, mukhorshibirskiy, Baikal and Kurumkansky districts.

According to RASH, the Republic is now carried out monitoring of air quality and drinking water. As of may 17, 254 investigated the ambient air sample, and about 150 water samples. “According to their results, the content of polluting substances does not exceed permissible standards. Drinking water quality remains stable and meets the requirements of hygienic standards”, — noted in management.

With fires on the territory of Buryatia are fighting 1,2 thousand people — employees of the forest service, the parachutists-firemen from the Federal reserve, Chita base of aviation forest conservation, emergency workers, local residents. Since the beginning of the fire season in Buryatia registered 223 forest fire, total area burned is more than 52 thousand hectares. the region has a state of emergency.