UN: 2 million people have died due to natural disasters in the past 50 years 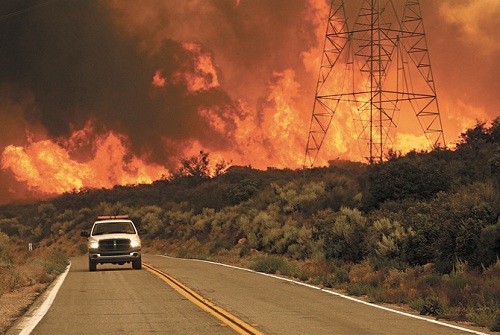 More than 11 thousand natural disasters, which led to the death of 2 million people, have occurred over the past half century on Earth, and economic losses amounted to $ 3.6 trillion. These data are presented in a report published on Tuesday in Geneva, prepared by the World Meteorological Organization (WMO) in conjunction with a number of other UN agencies.

The authors of the report, the publication of which is timed to coincide with the International Day for Disaster Risk Reduction, celebrated on October 13, draw attention to the need to improve the work on warning the population about natural disasters. According to them, over the past five decades, “the number of registered disasters has increased fivefold, and the volume of economic losses – about sevenfold.” Extreme weather and climate events “have become more frequent, intense and severe due to climate change.” One in three people on the planet “is still not covered by a proper early warning system” for disasters. According to the report, 108 million people affected by storms, floods, droughts and wildfires needed international humanitarian aid in 2018. “By 2030, this number may grow, according to estimates, by 50%, and the damage will amount to about $ 20 billion annually,” experts predict.

The problem of early warning is especially acute in small island States and the least developed countries of the world. Since 1970, they have suffered from climate, weather and water-related natural disasters in the amount of $ 153 billion, while their total GDP is only $ 13.7 billion. The death toll due to natural disasters in the least developed countries of people in 50 years has reached 1 , 4 million

The UN called on the world community to invest in early warning systems, especially in the least developed countries in Africa and small island states. “Early warning systems are a prerequisite for effective disaster risk reduction and climate change adaptation,” WMO Secretary General Petteri Taalas said in connection with the publication of the report. In the context of the coronavirus pandemic, it must be remembered that “climate change will continue to pose an enduring and growing threat to the lives of people, ecosystems, economies and societies over the coming centuries,” he concluded.