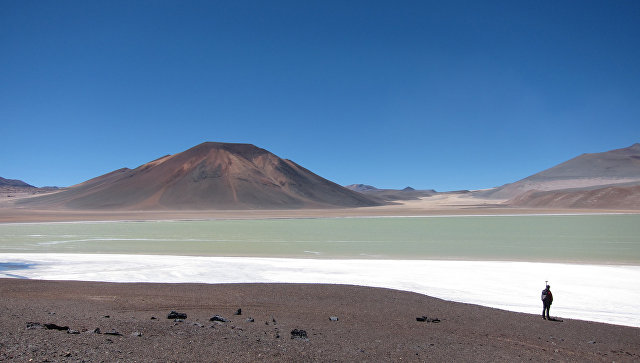 Geologists discovered that the rise of the Andes in southern South America in the recent past could be caused by the formation of a giant reservoir of magma under Argentina, Bolivia and Chile, which even now is filled with fresh reserves of molten rock from the depths of the bowels of the Earth.

Until, of course, it is not clear what exactly causes this process, however, we believe that it is unlikely associated with the birth of the volcano. In fact, today we are following the processes that occur at the birth of the continents, — said Jonathan Perkins (Jonathan Perkins) from the University of California, Santa Cruz (USA).

Perkins and his colleagues discovered a giant reservoir of magma under the current territory of Argentina, Bolivia and Chile, studying Altiplano plateau in the Central Andes – one of the most turbulent areas of volcanic activity on Earth where there are dozens of powerful dormant volcanoes.

This plateau and volcanoes, as geologists now believe, was formed about 10 million years ago when tectonic plate of Nazca, adjacent to South America from the Pacific ocean beginning a dive under the rocks of the South American continental plate. This immersion led to the rise of the Altiplano and the formation of several volcanoes on it, the traces of which, with deposits of rocks-ignimbrites can be found everywhere in the Central Andes.

How did this plateau, has long interested scientists, as there are hints that under it may be a giant lake of magma, filled with approximately 500 thousand cubic kilometers of molten material. Some geologists even speculate that this tank exists today, and that its completion has in the past led to the rise of the plateau above sea level and its growth in the current historical epoch.

Trying to figure out whether this group Perkins made several expeditions to the Andes, prospecive mountains with the help of seismographs and long-wave radar. Acoustic waves and radio waves, as explained by geologists, a special way interacts with molten rocks, which allows to calculate the volume and mass of magma in reservoirs beneath the volcanoes and centers of seismic activity.

As shown by the observations of researchers, under the Central Andes there is indeed a gigantic reservoir of magma, whose birth appeared to have increased the height of this chain of mountains about 20%, 1-1,1 kilometer over the past 11 million years. This occurred because the formation of the ocean of molten rocks under the Andes future, as the scientists explain, has created a negative gravity anomaly and made the rocks of the earth’s crust to swell, to rise up and become less dense.

Further study of the basin showed that the initial assessment was not far from the truth – the volume of this magma chamber is about 480 thousand cubic kilometers. She, judging by the fact that some areas of the Andes still ascend with a speed of about a centimeter every year continues to be filled with magma with extremely high speed, about 200 cubic kilometers every million years.
Such speeds, according to geologists, was characterized by the emerging continents in the past and surpass the rate of those with which born the famous volcanoes past and present.

According to Perkins, this process is unlikely to lead to the birth of a new volcano in the place of modern Argentina, Bolivia and Chile, however, exclude it is impossible, as the magma gradually thins and makes a weaker crust that covers it. One such event, as scientists tell us, has already happened about five million years ago, when breakthrough of magma to the surface has led to a series of powerful eruptions in the Altiplano.