Under South Korean island discovered a gigantic lake of magma

Under the South Korean island of Ulleungdo located in the sea of Japan, at a depth of 50 kilometers, discovered a giant pool of molten magma. New data have been published by scientists from Switzerland.

Geologists have used to search for magmatic reservoir supercomputers, which allowed us to perform a vast array of collected data and reveal the giant underground cavity filled with an incredible volume of molten magma. 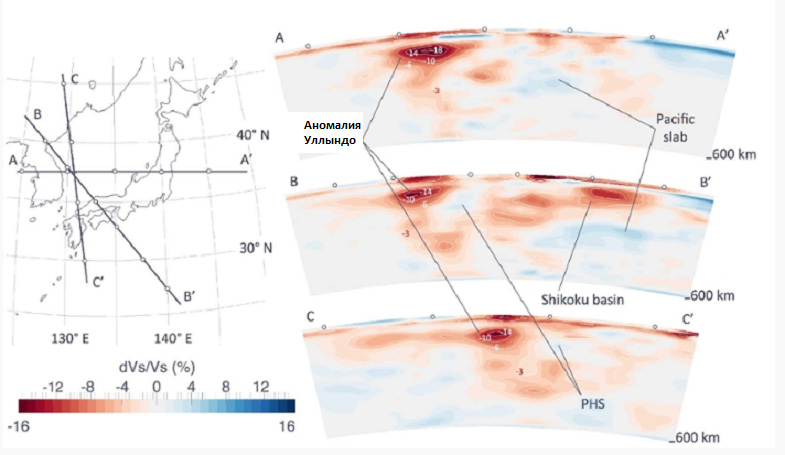 Scientists first encountered this anomaly and do not understand the reasons for its occurrence. Perhaps it has something to do with the interaction of crustal faults. these magmatic reservoirs were discovered before, but they have always been interrelated with active volcanoes and this explains the shallow depth of their occurrence, but in this area there is a giant pocket at shallow depth, but no active volcanoes.

However on the island of Ulleungdo there is still an extinct volcano, although according to volcanologists, the last eruption occurred more than 5,000 years ago. Perhaps still there is a relationship between a giant reservoir of magma and this extinct volcano, and maybe will be a large-scale eruption that will destroy not only the island itself, but will cause many problems around the world.