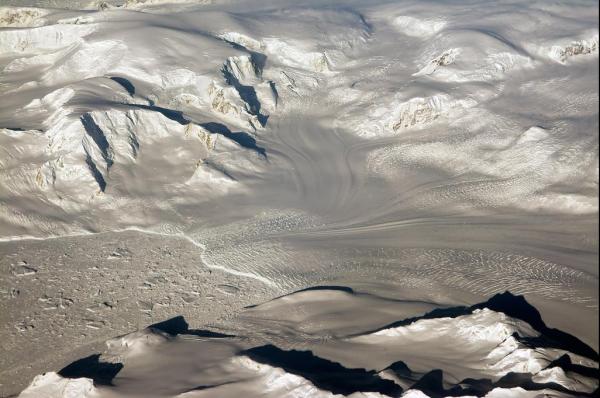 A new analysis of gravitational data, along with topographic survey of the bottom and measurements of ice thickness, showed the presence of large bottom of “valleys” beneath the glaciers of West Antarctica.

Giant channels were formed by the advance and retreat of glaciers during the cold periods of the Earth’s climate history. Today they are the tunnels through which warm ocean water get access to the lower part of the glacier covering the Amundsen sea.

“These formations a few hundred and a thousand meters deeper than previously understood, which gives a new view on the future fate of these glaciers and potential impact on them of warm ocean waters that can melt the ice from below,” — said in a press release, Roman Millan, a graduate student at the University of California, Irvine.

From 2009 to 2014 as part of operation IceBridge, NASA during aerial Antarctica was recorded small changes in the Earth’s gravity. The researchers used these data along with earlier topographic maps and measurements of ice thickness to create improved models of the seabed under Western Antarctica.
The model showed the presence of cavities under the glaciers of pine island and Thwaites. Also a large underwater valley was discovered under the ice sheets of Crosson and Dotson. “The research we now have a much clearer idea of what is hidden under these large glaciers located in a particularly vulnerable sector of West Antarctica,” said Millan.

Understanding how ocean structures can influence the glaciers in Antarctica is important for building more accurate climate models and predict future sea-level rise. Modern models suggest the destruction of the ice basin of the Amundsen sea, one of the three major “drainage” basins that make up the West Antarctic shield, which will lead to a rise in sea level of 1.2 meters.

While the discovered channels provide access to the underside vulnerable glaciers, the model also revealed the presence of a deep sill that could be blocking the warm ocean water.

According to Professor Eric Rignot, it’s good news that the glaciers are not completely naked, but it makes predictions even more challenging, as all the details will be important to control access of ocean heat to the glaciers.