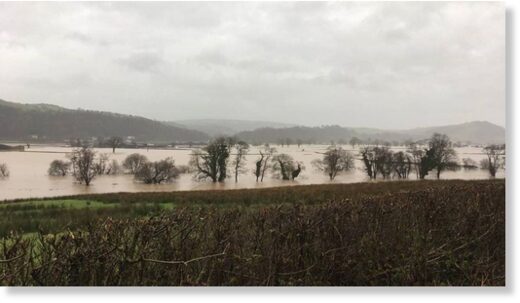 Roads were flooded and railroad tracks blocked due to heavy rain in Wales.

Parts of South Wales received monthly rain in 24 hours, according to the Met Office.

Forecasters issued a warning prior to 10pm GMT on Saturday for 13 of Wales’s 22 counties.

A landslide closed the B4459 highway in the Capel Devi area of ​​Ceredigion, and flooding blocked several roads, including the A483 in Bilt Wells, Powys.

South Wales is a region of Wales bordering England to the east and mid Wales to the north. It has a population of about 2.2 million, nearly three quarters of all Wales, including 400,000 in Cardiff, 250,000 in Swansea and 150,000 in Newport.