University of Cape Town damaged by wildfire in South Africa 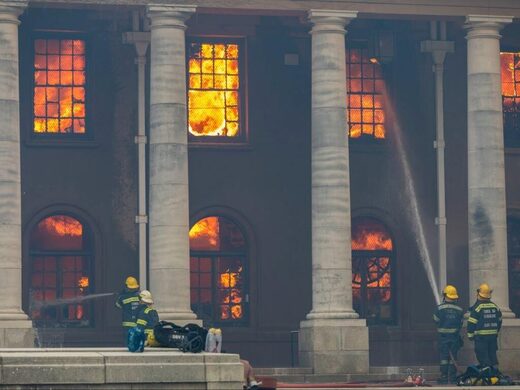 On Monday, firefighters in Cape Town finally took control of a wildfire after it swept the slopes of the famous Table Mountain, burned the university’s historic library and forced the city’s residents to evacuate from parts of the city.

The fire severely damaged the library and other buildings on the Cape Town University campus on Sunday, as well as other historic buildings nearby.

Fueled by strong winds, it spread through thickets on the mountain slopes to the city center and surrounding residential areas.