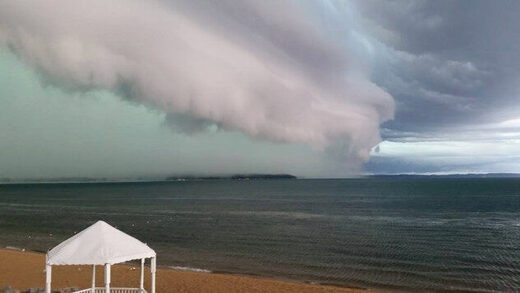 When intense storms passed through the Chesapeake region on Monday afternoon and evening, a weather phenomenon occurred in the bay: a tsunami.

This is a tsunami wave that is caused by atmospheric pressure disturbances, often associated with rapidly moving weather events, such as severe thunderstorms, squalls, and other storm fronts, rather than seismic activity.

The National Oceanic and Atmospheric Administration (NOAA) explains: “A storm generates a wave that travels toward the shore and is amplified by a shallow continental shelf and depression, bay or other coastal feature.”

According to people in Tolchester Marina, the storm was extremely intense.

NOAA Tsunami Warning Coordinator Dave Snyder said that it is possible that a strong storm could cause air pressure to drop enough to create meteorological tsunamis.