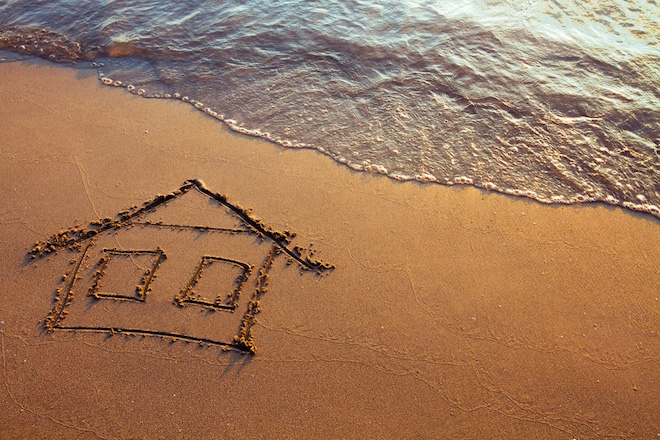 In 2100, 2 billion people – almost one-fifth of the world’s population – can become climate refugees because of rising ocean levels. People who now live on the coast, may be forced to leave their native places and move deep into the land, according to a study by scientists at Cornell University (USA).

“There will be more people in smaller areas of the earth, and this will happen faster than we think,” said lead author Charles Heisler. – The rise in global sea level probably will not be gradual. Few people think about the obstacles faced by climate refugees who will migrate to a higher terrain. ”

The population of the Earth will reach 9 billion people by 2050 and 11 billion people by 2100, according to a report by the United Nations. To feed the increased population, more arable land will be needed when the ocean absorbs fertile coastal zones and river deltas, forcing people to seek new places to live.

By 2060, about 1.4 billion people can become climate refugees. And by the year 2100, ocean waves are likely to drive up to 2 billion people from coastal settlements.

The paper describes solutions and preventive measures in Florida and China that coordinate coastal and domestic land use policies in anticipation of population-induced migration caused by weather.

In Florida, where runs the second longest coastline in the United States, the escape from the coastal areas will be massive.

In addition to rising sea levels, low coastal zones in many countries will face strong storm waves that will push sea water deep into the land. Historically, people have spent considerable effort taking the land off the ocean, but now the situation will be the opposite – the oceans will take their inhabited surface space from them, “says Heisler.

In his study, the scientist is studying the worst scenario for the current century. The authors note that competition for a diminished housing space conflicts for land. In the US, this could mean the sale of land for human settlements.

“We are obliged to keep greenhouse gas emissions at the current level. This is the best defense against climate change, sea level rise and catastrophic consequences that will be played on the coast and on land in the future, “Geisler concludes.