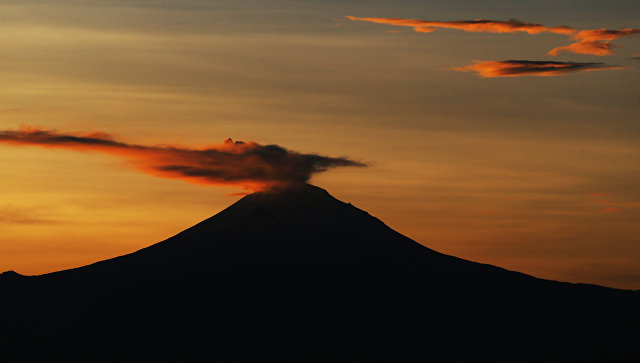 The US Geological Survey has published a report containing an assessment of the threat of volcanic eruptions and a list of 18 most dangerous volcanoes, the eruption of which can lead to disastrous consequences.

Most of the “powder barrels” are located in Alaska (5), followed by Washington (4), Oregon (4) and California (3). The remaining two volcanoes are located in the state of Hawaii.

The list heads the Kilauea volcano, located on the island of Hawaii, which is called one of the most active active volcanoes on Earth. Its last eruption began on January 2, 1983 and continues to this day. In early May, after the revitalization of the volcano, the authorities announced an evacuation of the population, affecting about 10 thousand people.

Then come the volcanoes of St. Helens and Rainier in Washington State, the active stratovolcano Redout in Alaska and Shasta in California, which last erupted in 1786.

According to researchers, the eruption of any of these 18 volcanoes can lead to a catastrophe of national scale.

In total, there are 161 volcanoes in the list, in addition to especially dangerous there are groups of high threat – 39 volcanoes, moderate – 49, and also low – 34 volcanoes and very low danger – 21.

The evaluation was carried out taking into account various factors. The researchers took into account not only the activity of the volcano, but also the possible destruction that an eruption would cause, for example, the number of people who could be affected, and the density of the transport and energy infrastructure of the area.