US reservoirs can flood toxic algae 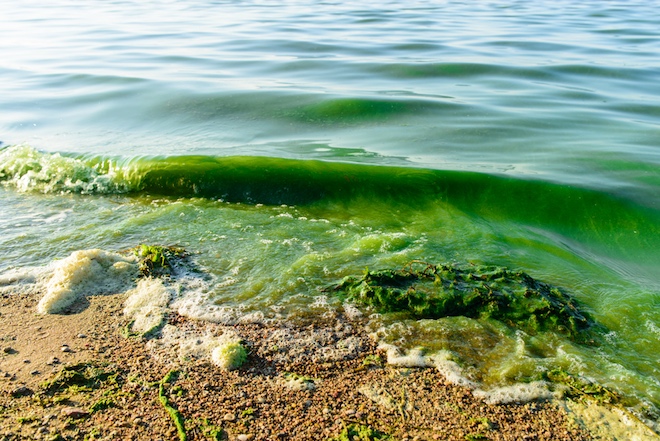 According to the forecasts of a group of researchers led by a scientist from Tufts University, due to climate change in large freshwater ponds and US lakes, cyanobacteria (CyanoHABs) will increasingly bloom. Such flowering poses a threat to human health and the environment.

The team developed a model that predicts that the greatest increase in dangerous algae will occur in the northeastern US region, but the most significant economic damage is expected in recreational areas in the southeast.

The study, published in the journal Environmental Science & Technology, is part of a large-scale effort by scientists to assess the extent of the impact of climate change on various sectors. “The impact of climate change goes beyond heat, sea level rise and glacier melting. Our study shows that a higher water temperature, a change in the amount of precipitation and an increase in the amount of nutrients in the aggregate will cause more frequent harmful algal blooms in the future, “said lead author Stephen Chapra.

Cyanobacteria are the oldest oxygen photosynthetic organisms on earth. Throughout their evolutionary history, at 3.5 billion years, they have proven to be sustainable and adaptable to a wide range of climatic conditions. Many cyanobacteria maintain optimal growth and flowering at high water temperatures, unlike other aquatic plants, so global warming plays a key role in their spread.

To cover the range of possible scenarios, the analysis used climate change projections from five general circulation models, two scenarios of greenhouse gas emissions and the growth of cyanobacteria. The model approach is unique in its practice of combining climate models, hydrology and water quality into a single computing structure that is applied on a national scale.

The model chain begins with predictions of the climatic future based on general circulation models (GCM). Then, GCM’s temperature and precipitation forecasts are included in two other models: rainfall and water demand for municipal, industrial and agricultural sectors. The end result is the basis for predicting the combined effects of climate, population growth and other factors on water quality for different parts of the United States.

It has been estimated that lakes and reservoirs serving as drinking water sources for 30 to 48 million Americans can be periodically polluted by toxic algae. The scientists gave an example when in 2014 almost 500,000 residents of Toledo, Ohio, lost access to drinking water after the discovery of cyanotoxins in the water taken from Lake Erie.

In addition to the impact on human health, CyanoHABs have many negative consequences for aquatic ecosystems, including an unpleasant plaque on the surface, reducing recreational use and access to the shoreline. In addition, since most cyanobacteria are inedible for zooplankton and fish, they are a “dead end” in the aquatic food chain – a scenario that will eventually hit both the commercial and the fishing industry.

Studies show that as the water temperature rises, stricter and more expensive nutrient control will be required to maintain water quality at current levels.