US scientists have called seismic activity in California unusual 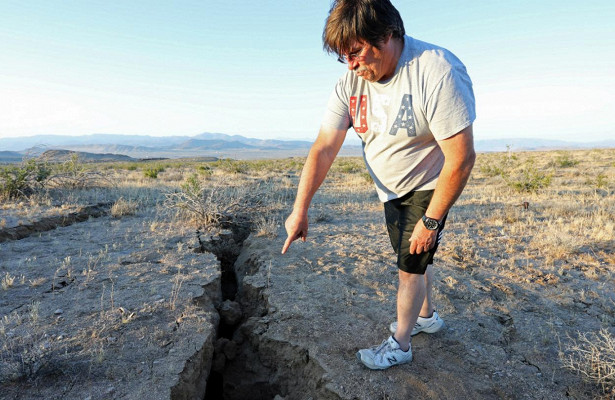 American scientists talked about the unusual properties of powerful earthquakes in Southern California, which occurred on July 4 and 5, 2019.

That is what happened in a sparsely populated area that is located 196 kilometers from Los Angeles. On July 4, earthquakes of magnitude 6.4 were recorded here, followed by several weaker aftershocks. A day later, on the fifth of July, a new earthquake of magnitude 7.1, which turned out to be 11 times more powerful than its predecessor, occurred.

A network of cracks or a fracture zone, where earthquakes have arisen, is located on the North American Plate, which faces the Pacific Plate. There are many gaps here, many of which occur at depth and are unknown to scientists. They cross each other at different angles. Geologists report that the first earthquake caused a displacement of rocks along two perpendicular faults at once, which is a very unusual phenomenon.

According to Michele Cooke, a geologist at the University of Massachusetts, a complex network of shifts makes it difficult to predict future seismic activity, which may affect a larger area. In addition, new earthquakes begin to occur not along the San Andreas Fault, but in the East Californian shear zone.