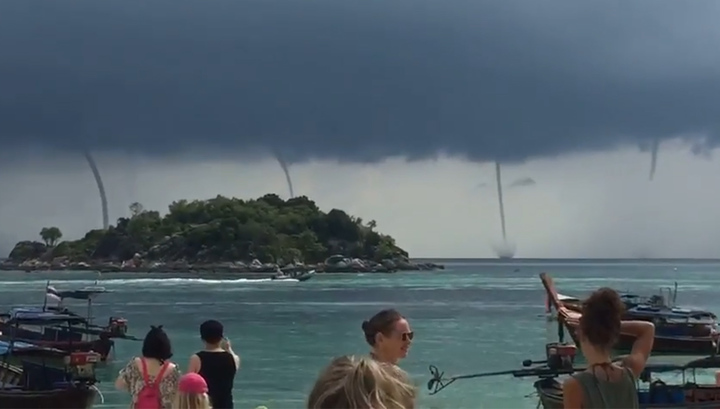 Tourists and locals on a Thai beach in the Andaman Sea on Koh Lipe last Sunday, November 25, observed a waterspout – four craters at a time.


Beaconlike tornadoes appeared almost simultaneously at a distance of several kilometers from the coast. Those who had thrown their affairs away watched with binoculars for twenty minutes and filmed a spectacular atmospheric phenomenon in the photo and video, after which the funnels melted into the overcast sky.

According to eyewitnesses, the incident was without consequences. About affected by waterspout is not reported.