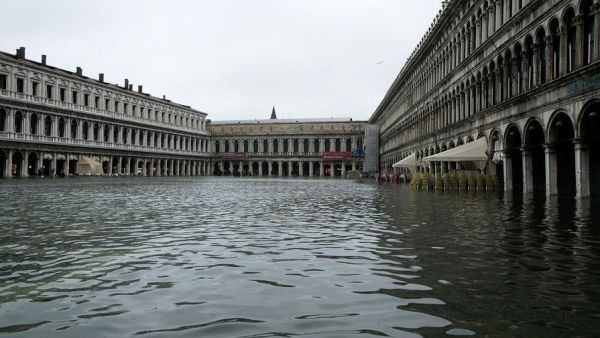 The rise in water level – up to 135 cm above sea level with a critical mark of 130 cm – is expected in Venice on Saturday. The city authorities announced this on Thursday on Twitter.

The authorities do not exclude that they are using the system of protective barriers “Moses”, designed to prevent flooding of Venice at high tides. In July, this system was successfully tested – all 78 protective barriers were raised, they “cut off” the lagoon from the sea. However, in the summer, tests were carried out under favorable weather conditions, while the coming weekend may give the system a test of strength, Italian media noted.

The construction of the barriers is in its third decade and cost more than € 5 billion. The dam is expected to be fully operational in 2021. The flood of 2019 was the reason for the accelerated completion of the work. In November, the sea level rose to a record over the past half century, almost 190 cm, more than 80% of the island Venice was under water. The authorities estimate the damage exceeded € 1 billion.

The phenomenon of “high water” caused by lunar cycle-dependent sea tides is characteristic of the insular part of Venice, which lies as if on a pillow of embankments – small islands in a lagoon on the Adriatic Sea.