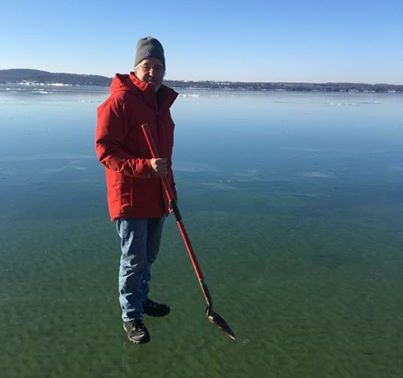 Last Saturday Andre Poino decided to visit his cottage on lake Charlevoix in Boyne, Michigan. Going down to the pond, he found that the surface of the lake was frozen and just looks perfectly transparent.

The frozen surface of the water looked so dangerous that to check ice Puana took a shovel: there was no bubbles, sediment, cracks and other signs of thin ice. Its thickness was equal to 5 centimeters. 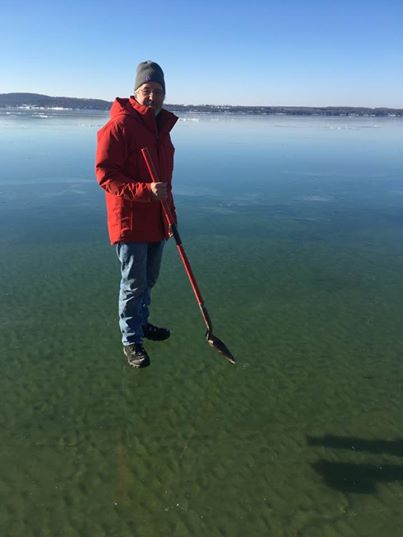 Although the man rarely places the posts on the page in “Facebook”, this time he is not stingy on the pictures. 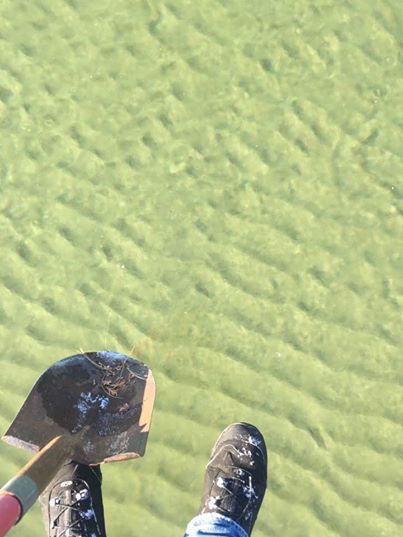 Peano was flattered by the attention that got his pictures, but he did not consider the strange phenomenon. He said that the lake freezes so from time to time. The man lived on lake Charlevoix all my 63 years and have seen him in the same crystal five times.

“I do not think that behind this phenomenon lies a great mystery, says Puana. When the wind is deathly quiet, and the water close to the freezing point, it freezes so perfectly.” The night prior to the photoshoot, was just that — with the temperature close to 0 degrees Celsius, without a single breath of wind, snow and other precipitation. And thanks to the invasive Zebra mussel river, the lake water is always extremely clean. 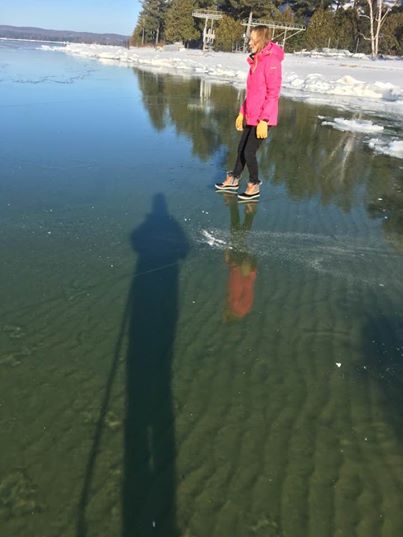 George Leshkevich, a physicist who has studied ice formation on the Great lakes for 44 years, says that when the temperature is low and the water loses much of its residual heat, large ice crystals form, the perfect start to rise into the water column without obstacles in the form of sediment, bubbles and waves. On the Great lakes Leshkevich observed the ice thickness of 76 cm.