Victims of floods in Vietnam have already become 68 people 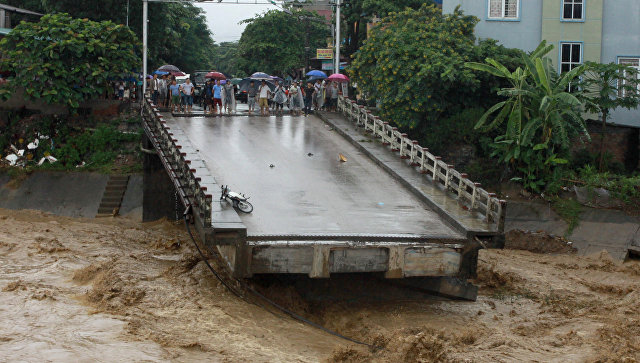 The death toll from floods and landslides in northern Vietnam caused by torrential rains has reached 68 people, another 34 are reported missing, VnExpress reports with reference to the National Emergency Management Agency.

The rains hit the region on Tuesday. In some areas showers caused landslides. On Wednesday, the authorities of the northern province of Hoa Bin declared a state of emergency in connection with the disaster.

Downpours and floods led to the collapse of 200 houses and flooded more than 30 thousand. More than five thousand families in the central provinces of Thanh Hoa, Ngean and Hatin were forced to leave their homes. The authorities continue evacuating the local residents living in the affected areas.

According to the publication, last year tropical storms and floods inflicted damage to Vietnam in the amount of 1.75 billion dollars. Killed 264 people.