Victims of the descent of village in Colombia are four people 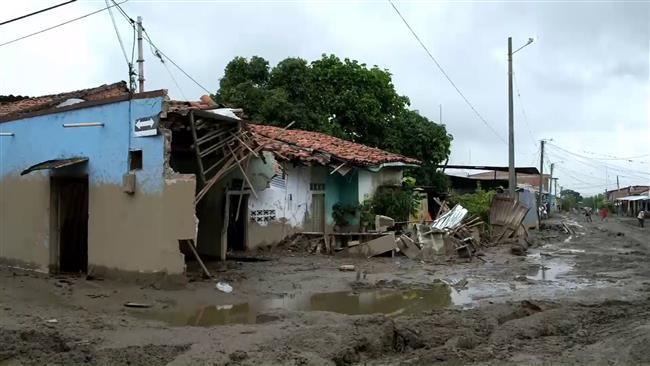 In Colombia, due to the collapse of the village four people died, about twenty are missing.

The tragedy happened in the municipality of Corinto. According to the head of state Juan Manuel Santos, due to the descent of the mudflows, the Paila River came out of the banks. Victims of the accident were four people, among them an infant, 29 local residents received injuries and 18 have not yet been found. President Santos clarified that so far this is only preliminary information. Also, as a result of mudflow, urban infrastructure facilities suffered significantly. The head of state said he was confident that more people were avoided thanks to the introduction of an early warning system for the population about a natural disaster.

More than three thousand people were evacuated from the zone of descent of the village, and those people who did not have time to leave their homes on time were killed.