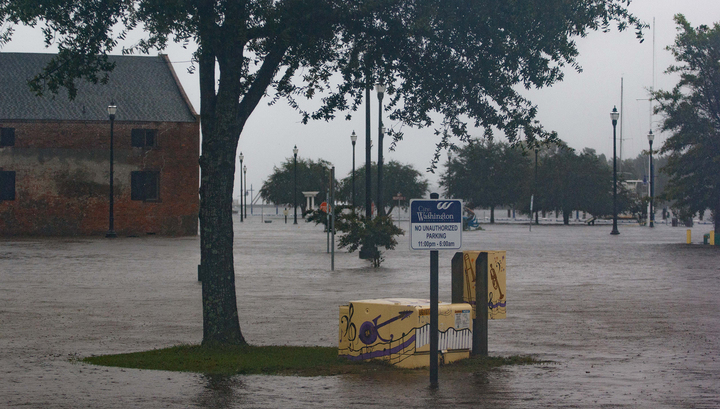 In the United States of America, the victims of the hurricane “Florence” are already 17 people. 400 thousand consumers are left without light. Restore the lines are trying to 20 thousand specialists.

The strongest storm hit was in the states of North and South Carolina. On the eve of their coastal areas were toxic waste – showers washed out a mound of coal slag.

Chaos after the spree of the elements are used by marauders, the channel “Russia 24” broadcasts. In North Carolina, the police already detained five people.

“Florence” rages in the US since last week and is gradually losing power. There is still a threat of new floods, but residents are against evacuation.