Vineyards in France are rescued by hundreds of heaters 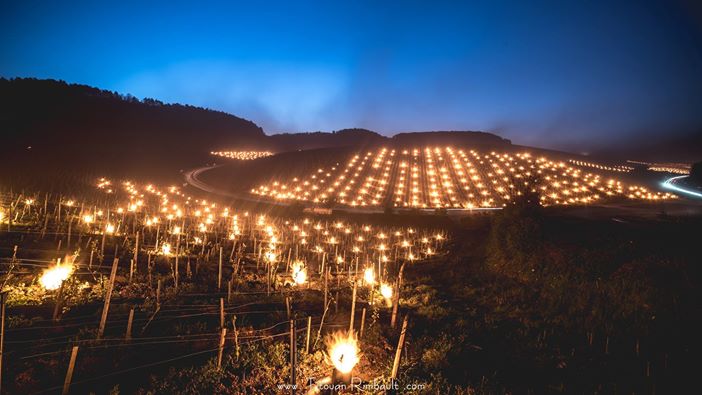 The colds that came this week and France made Burgundy winemakers seriously nervous. Under the threat were the famous vineyards of Chablis, whose harvest last year was destroyed by off-season rains and frosts in April, and in June – hail.

Before the first wave of cold on Tuesday, winemakers used several systems to protect the vineyards. According to local media reports, the sprinklers were activated from 11 pm. But much more impressive was the lighting from small oil heaters. Hundreds of lights were lit on a hectare of plantations.
Photographer Tituan Rimbaud depicted this splendor in the vineyard of Blanche.

However, despite all efforts, in the morning there were reports of significant damage, especially near Maligny. “The effect varies very much from one site to another, but it was very cold last night, very dry cold and lack of wind,” said Frederick Gegen, president of the Federation of Appellation Chablis, in an interview with the newspaper lYonne Républicaine. 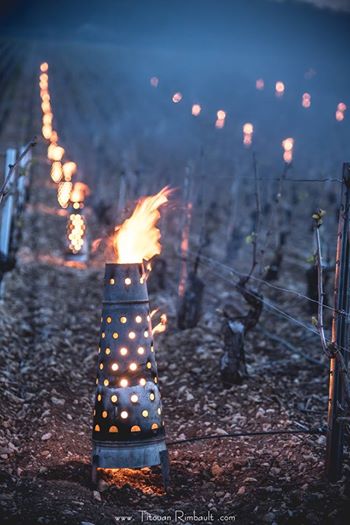 “I think that we are close to 50% loss. And after 2016, which we experienced, it’s somewhat offensive. We installed heaters in some areas, but if the temperature falls below minus 5 ° C, they do not save, “said one of the winemakers in Maligny.

According to forecasts, the weekend the heat will return to the region.

And this video is from Switzerland: