Volcanic activity in the world on 30 October 2016 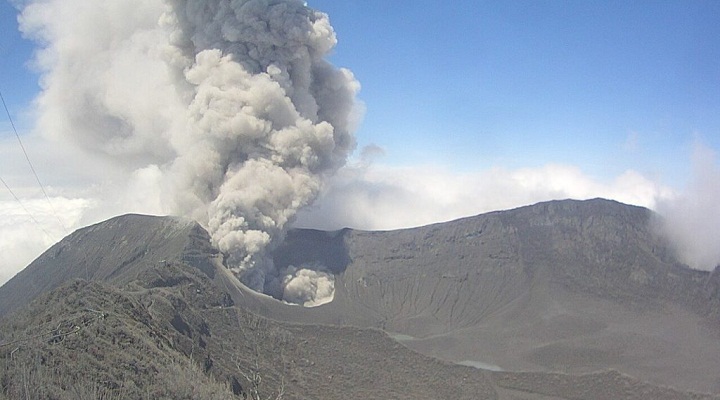 The highest level of eruptive activity at the moment is observed at 32 volcanoes in the world.

On top of ongoing and almost continuous explosive activity with ash emissions and gases. Ash columns reaching heights of 500 to 1000 meters above the crater seismometers recorded volcanic tremor. To the North-West of the volcano are palapala affecting settlements in the provinces of San josé and Heredia. Communities are encouraged to protect airway masks or damp cloth, wear glasses, hats and clothing with long sleeves.

For the past days on top have been over 20 earthquakes of magnitude 3.2. According to experts of the Institute Oviscori, a geological fault running near Irazu, can demonstrate independent volcanic activity. It is expected that with the current state of the volcano eruption can occur in a period of 1 to 10 years, although the process can be accelerated in the event of changes in the earth’s crust.

In Guatemala continues to rage, the volcano Fuego, producing lava fountains up to a height of 450 meters. On the slopes of three peaks flow a lava flow with a length of 1600 meters. The giant produces a moderate and heavy gales, which raise ash column to a height of 6,500 meters. Volcanic particles are distributed at a distance of 40 km West and Northwest of the crater. Shock waves are felt at a distance of up to 15 km. Tourists are strictly forbidden to come close to Fuego as ballistic fragments are able to fly at a distance up to 2 km.

Popocatepetl (Mexico). 24 hours on October 29 at the volcano occurred 60 emissions of low intensity and was 154 minutes of harmonic tremors. 3 in the morning to 23:30 observed an increase in seismic activity, accompanied by two small explosions with the release of rock on small distances. Danger zone is supported in a radius of 12 km from the crater.

Rinjani (Indonesia). After a sudden eruption occurred on September 27, the national Park “Rinjani” remains closed to visitors. Despite the dissatisfaction of tourists, scientists fear new and unexpected explosions, therefore, keeping the dangerous zone in radius of 3 miles from the Caldera.