Volcanic activity in the world on August 7, 2016

This week significantly increased the activity of volcanoes Pacific ring of fire. Only in Indonesia high eruptive activity showed three peaks of mount Sinabung, Gamalama and mount rinjani, and July 31, the volcano Tambora struck an earthquake of magnitude 5.8. Tambora is famous for its massive eruption in 1815, after which the Earth was global climate change, known as the “year without summer”.

On the other side of the Pacific, increased activity was observed at volcanoes Popocatepetl, Capoue, Nevados de Chillan. A total of 7 August on the planet erupt volcano 32. In California, the increased seismicity is recorded to the South-East of the Lassen volcanic center. In the last 7 days in the lake Tahoe area took place almost 200 aftershocks of magnitude 4.5. 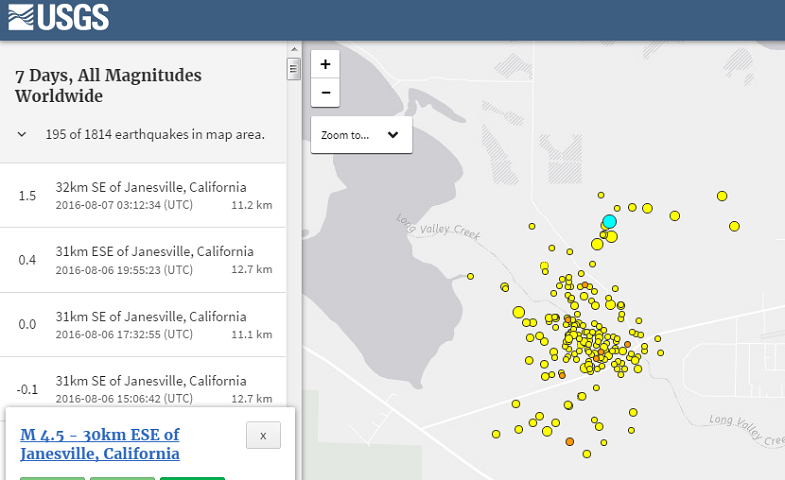 Quite a strong earthquake occurred on the 7th of August on the territory of Ukraine. Near the city of Mariupol was registered an earthquake of magnitude 4.8. The epicenter of the seismic event was at a depth of 10 km. 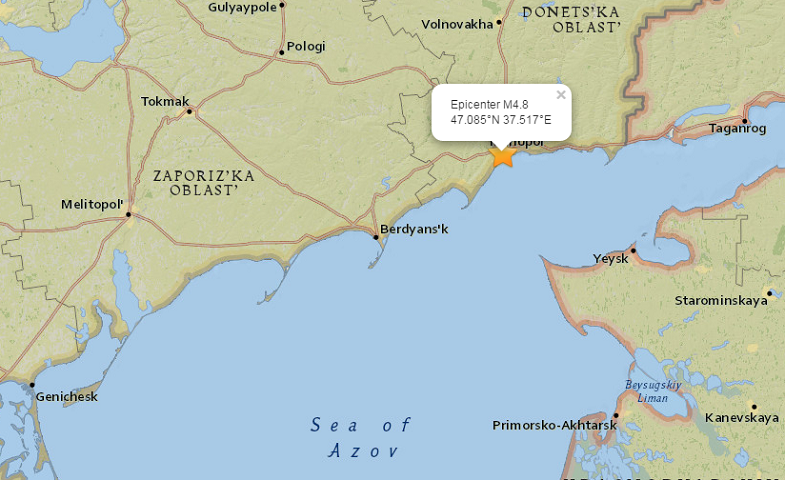 Popocatepetl (Mexico). In the last 24 hours happened at the top 23 of ash emissions and explosions 5 low intensity. Maximum magnitude of volcano-tectonic earthquakes is 1.5. Due to bad weather, observation of the top is difficult, however, the service CENAPRED continues to encourage residents not to approach the volcano, and especially not to approach the crater.

Bulusan (Philippines). Over the past day on top of was 12 volcanic earthquakes. Recent measurements indicate a small deflection in comparison with previous months. Alert level 1 on a 4-point scale remains in force. This means that under the volcano hydrothermal processes occur, which can lead to sudden steam explosions. In connection with this situation the population prohibited from entering the danger area bounded by radius of 4 km. 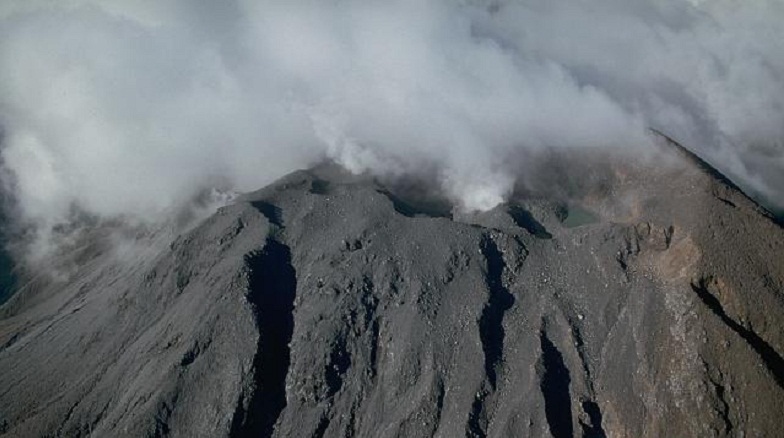 Santiaguito (Guatemala). The giant has been actively degassing with formation of white columns at a height of 2900 meters. On Saturday 6 August, the volcano has generated a moderate explosion, throwing ash to a height of 3200 meters. Ash plume is headed in a southwestern direction and caused palopoli in the villages of Quetzaltenango and San Marcos.

Kilauea (Hawaii, USA). The lava flow 61G flowing into the ocean, remains active. The length of coast covered with incandescent material reaches 240 meters. Daily average sulphur dioxide emissions at the highest level of the volcano varies in the range from 4000 to 6000 metric tons per day.
Lava flow of Kilauea on 6 August 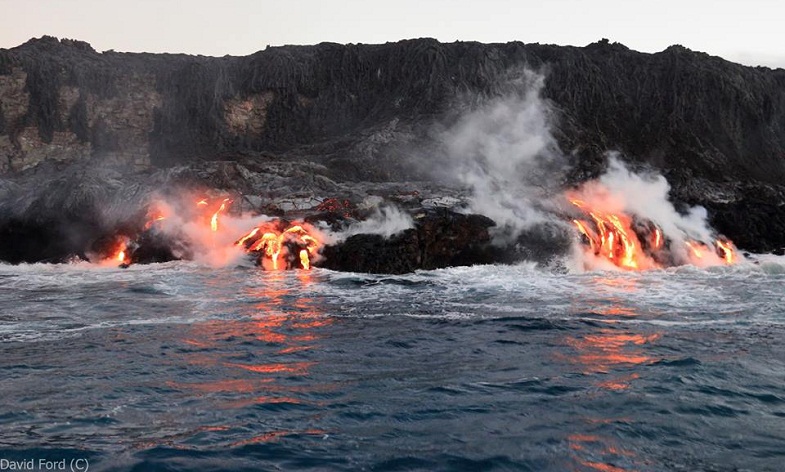 Lava flow of Kilauea on 6 August

Etna (Italy). On Wednesday 3 August in the new South-East crater of the volcano began a small intermittent ash emissions, which by 5 August became more intense. Judging by the thermal images, fly ash has a low temperature. This means that eruptive activity is probably connected with the inner landslides in the volcanic system. 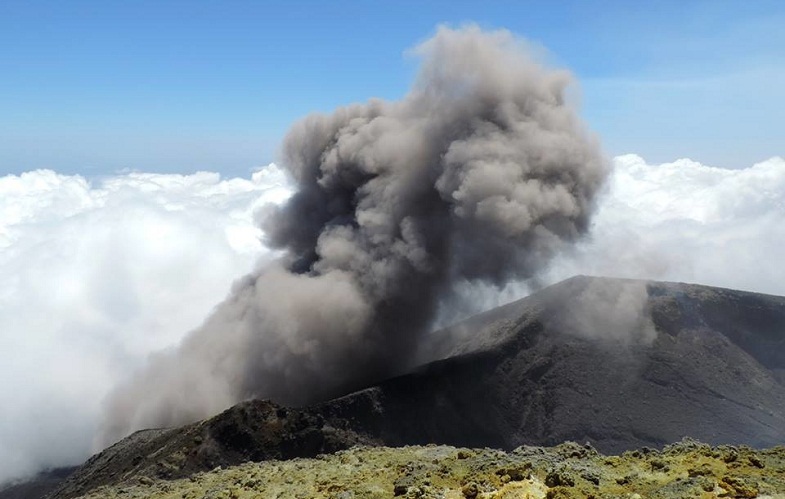 Masaya (Ecuador). Masaya became the world’s first volcano connected to the Wi-Fi system. At this point in its crater, work is underway on the installation of 80 sensors that will allow real-time to obtain data on temperature, gases and atmospheric pressure. If testing is successful, the project will be extended to other volcanoes to predict their eruptions and more effective protection of the population.