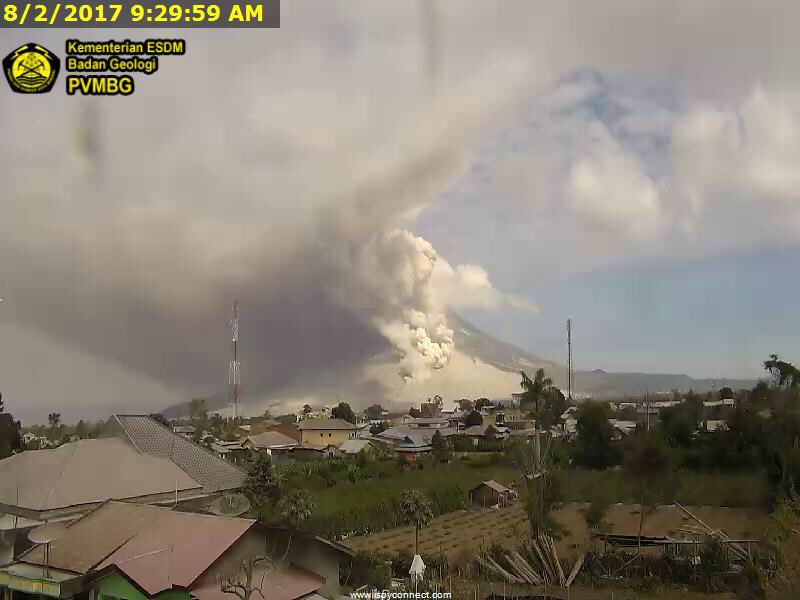 In the north of Indonesia, a real ashen storm is raging. There erupts a volcano, which is located in the north of the island of Sumatra. He threw a column of smoke and ash to a height of more than four kilometers. More than seven thousand people left their homes.

The authorities urged residents to bypass the volcano side: it is prohibited to stay at a distance of less than seven kilometers from the mountain. The volcano did not show activity for 400 years, but in recent years has been waking up more and more often.