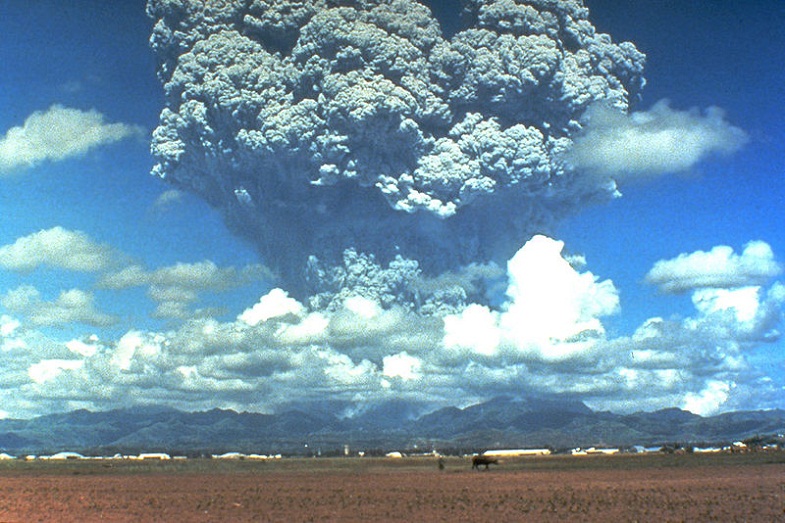 Experts from the National center for atmospheric research (towards) found that the eruption of the Philippine volcano Pinatubo distorted the actual data on raising global sea level. Giant erupted on 15 June 1991 and produced a catastrophic explosion, throwing into the atmosphere of more than 5 cubic km of volcanic materials. The eruption ash column rose to a height of 35 km, and pyroclastic flows left deposits up to 200 meters.

During volcanic activity huge volumes of sulphur dioxide (about 18 million tonnes) were in the stratosphere and led to lower global temperature by about 0.5 degrees Celsius between 1991 and 1993. By a strange coincidence, in 1992 NASA and the French space Agency CNES decided to launch the first space satellite altimeter TOPEX/Poseidon, which has allowed scientists to start monitoring changes of sea level from orbit.

Thus, at a time when the Earth experienced a cooling period from the eruption of Pinatubo, scientists have introduced a completely new way of measuring global sea level, which further led to one of the greatest mysteries in the science of climate. During the first decade of its operation, the altimeter actually showed a decrease in the level of the ocean, which is very strange in terms of when the planet continues to break temperature records, and ice is melting rapidly.

“We looked at the record of altimeter and scratched their heads. Why can’t we see the acceleration of the rise of water, when it actually happens?”, says John Fasullo, a climatologist from the National center for atmospheric research USA in boulder (Colorado). To test how accurately the instrument reflects the data, the researchers have developed 40 different climate change models to incorporate the possible effects from volcanic eruptions.

It turned out that in fact in the first years after the volcanic explosion and the cooling ocean levels fell from 5 to 7 mm, but then produced a “bounce” back to the indicators that were before the eruption. To date, thanks to new and more accurate models, scientists were able to determine that the sea level is not just rising, but rising at a more rapid rate than previously thought.

Due to errors caused by the eruption of Pinatubo, at the moment experts are not ready to say how quickly the water is rising but I think that within 5-10 years (the accumulation of fresh data and altimeter) will be able to answer this question.