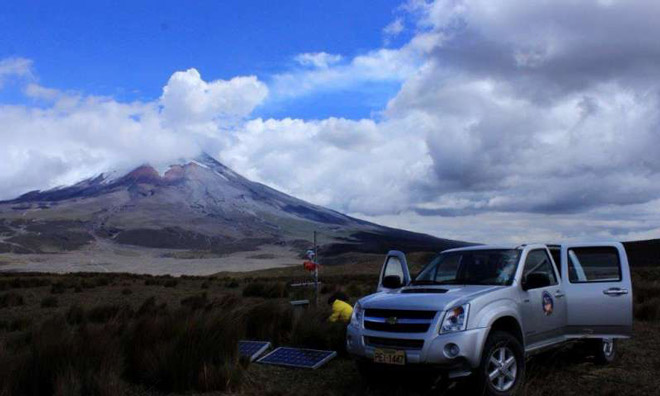 The Cotopaxi volcano in central Ecuador can be the largest musical instrument on Earth, producing unique sounds that scientists can use to monitor its activity.

Its eruptions in 2015 were relatively minor, but caused an explosion, due to which the bottom of the crater fell out of sight. It was then that Ecuadorian researchers noticed strange sounds coming from the crater. The frequency of sound waves was too low for human hearing, but they were recorded by scientists.

A deep, narrow crater forced the air to reflect off the walls of the crater when the volcano rumbled. This created sound waves similar to those that produce an organ where compressed air is fed through metal pipes. New infrasonic records of the volcano show that after a series of eruptions, its crater changed shape.

According to the authors of the study, a unique “sound imprint” of the volcano can help control its activity and alert scientists about the internal changes that may signal a forthcoming eruption.

“The results obtained show that the geometry of the crater of the volcano has a significant effect on the sounds that it can produce. Knowing how each volcano speaks will make it possible to detect changes in this sound that indicate changes in the crater that require close attention, “said Jeff Johnson, a volcanologist at Boise University in Idaho and author of the new study.

According to Johnson, the ongoing eruption of Kilauea volcano in Hawaii can serve as evidence of how changes in the shape of the crater affect the sounds it produces. The lava lake at the top of Kilauea was depleted as the magma feeding it drained down, which should change the tone of the infrasounds emitted by the crater. Listening to infrasound can help scientists control the depth of magma and predict potential volcanic hazards.

The study is published in Geophysical Research Letters.