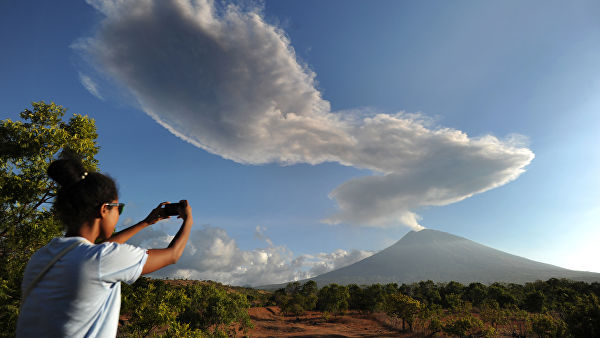 Volcano Agung, located on the Indonesian island of Bali, on Tuesday threw a column of ash to a height of 2 kilometers, Tempo reports, citing data from the Volcanological and Geological Center for Disaster Risk Reduction (PVMBG).

According to the center, the eruption of the volcano was recorded at 03.42 local time (08.42 Moscow time). According to the head of the PVMBG, a thick ash cloud moves in the east and southeast directions.

As the newspaper notes, the beginning of the activity of the volcano was recorded November 21, 2017. Currently, in the area of ​​the volcano, the third danger level is in effect on a four-point scale. It is forbidden to approach it at a distance of less than 4 kilometers.