Volcano Kliuchevskoy threw a column of ash for five kilometers 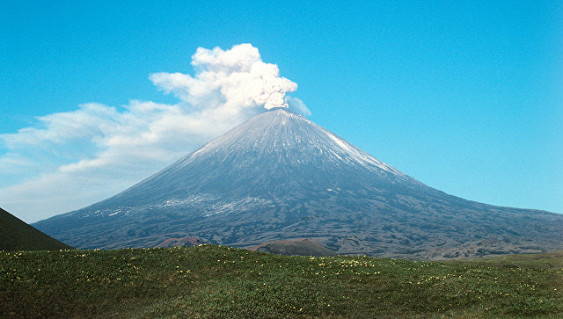 The volcano Klyuchevskoy in Kamchatka threw a column of ash to a height of 5 thousand meters above sea level, the Kamchatka Volcanic Eruption Response Team (KVERT) of the Institute of Volcanology and Seismology of the Far Eastern Branch of the Russian Academy of Sciences.

It is noted that the ash plume spread to the west-south-west from the volcano.

“The activity of the volcano continues, as ash emissions can occur at any time.” Current activities may affect international and low-flying aircraft, “the report said.

The volcano has an increased “orange” code for aviation danger.

Klyuchevskoy – the highest active volcano of Eurasia. Its height is 4 thousand 750 meters. The nearest settlement – the village of Klyuchi – is located 30 kilometers from the volcano. The eruption of the volcano began on April 3, 2016